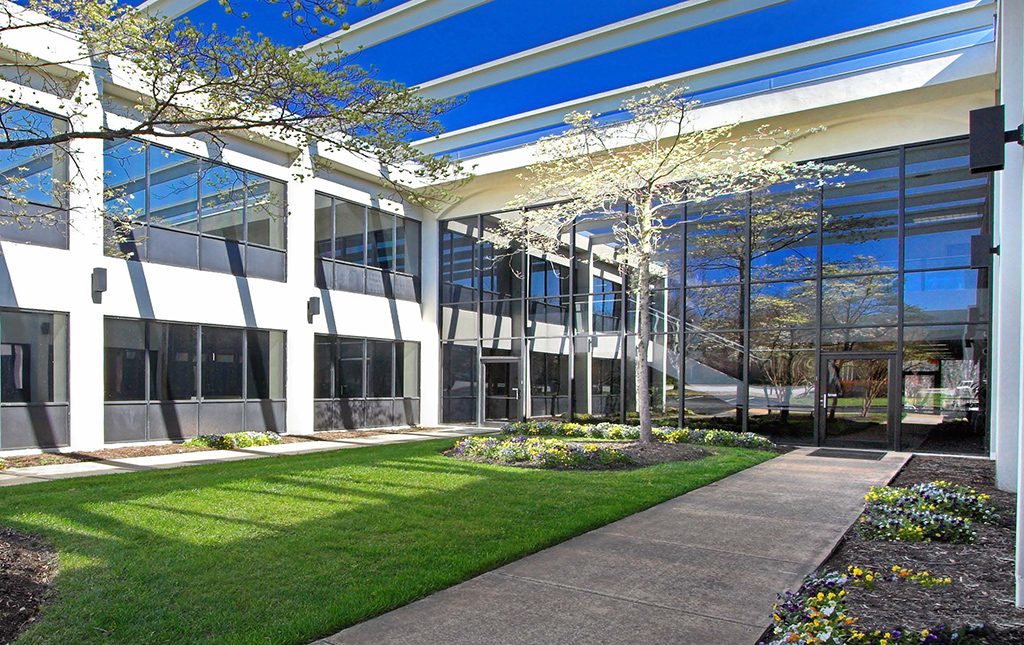 Renderings of the planned development at Forest Office Park, a cluster of five buildings near the corner of Three Chopt Road and Forest Avenue. (Courtesy CBRE)

Forest Office Park, a cluster of five buildings located on about 15.4 acres near the corner of Three Chopt Road and Forest Avenue, was acquired Dec. 1 by Boca Raton, Florida-based Equitable Real Estate Partners LLC for $24.1 million.

Anderson said the new owners plan to make some capital improvements to the complex – with a focus on office space that is not occupied. Wilkins added the new owners are also looking to update interiors and exterior common areas throughout the complex.

“We’ve got suites that are approximately 900 to 3,000 square feet,” Anderson said. “The goal is to go in and clean those units out and update them so we can get them on the market to lease.”

At nearly 95 percent leased, Wilkins said the nearly 230,000-square-foot office complex is home to users including the Virginia Department of General Services. 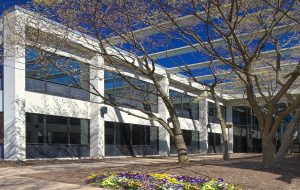 A rendering of planned improvements to a Forest Office Park building on the north side. (Courtesy CBRE)

The state agency recently renewed its lease to take up nearly half of the complex’s office space, about 128,000 square feet, following a renovation of the space.

Details about the new lease were not released. The Division of Real Estate Services could not be reached for comment Monday evening.

The Forest Office Park sale joins a growing list of out-of-the-market buyers snapping up office properties in the suburban marketplace.

Meanwhile, in the urban core of the city, the James Center downtown remains under contract.

Wilkins said the metro Richmond market is attracting bigger out-of-the-area players because of its job growth and more competition in larger markets.

“Some are being priced out of larger gateway markets, and they are now looking at Richmond as a place to invest,” Wilkins said. “Richmond is becoming more of a destination for these types of investments.”