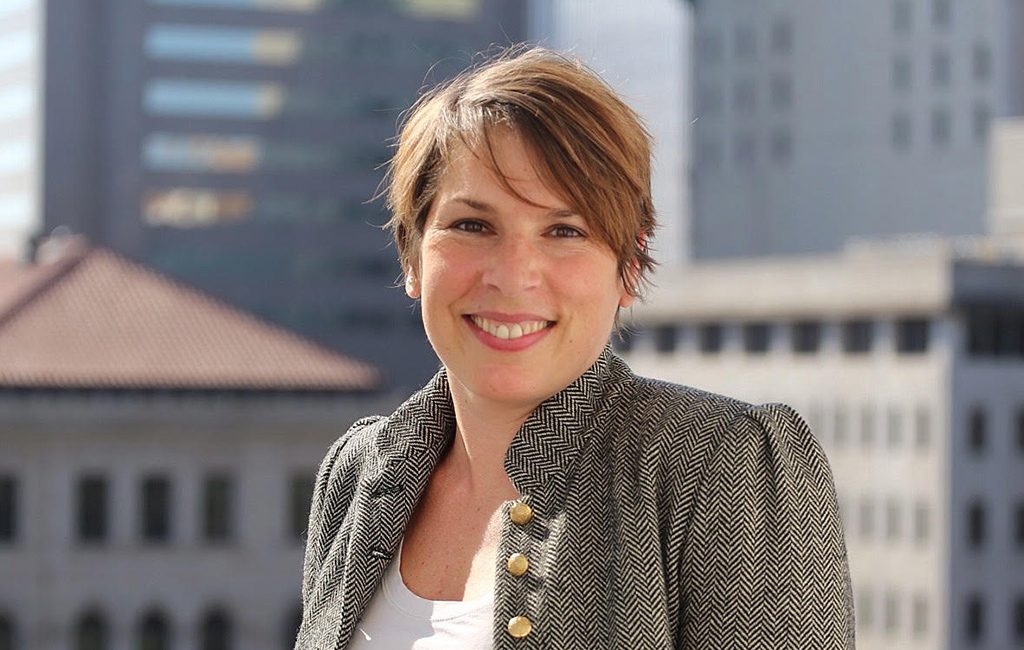 Lory Markham is leaving the city planning department to enter the real estate business with One South Commercial.

After a decade in the trenches and bureaucracy of City Hall, Richmond’s No. 2 city planning official is making a move to the private sector and the flip side of the business of commercial real estate.

Lory Markham, principal planner with the city’s planning and development review department, has submitted her resignation and is taking a job with One South Commercial, a division of One South Realty Group.

The Powhatan native and UVA grad will be taking the skills and connections she’s developed in her 10 years at City Hall and applying them to her new role as a commercial real estate broker. She also plans to do site consulting work for developers, advising them on how to get their projects through the approval process.

She’s been doing the same for years, albeit from a different perspective, in her role at the city, reviewing development proposals that required special approvals from the planning commission or planning director. She also served as secretary to the commission and oversaw requests for special-use permits, making her a point of contact for developers seeking new uses for old properties not allowed by existing zoning.

Markham, 36 and a married mother of two, said the move was not prompted by any dissatisfaction with her job, or by the change in administration taking effect with the election of new mayor Levar Stoney.

“I hope it is not perceived that way,” she said. “I am really excited about Levar Stoney and this new administration. I think the direction they’re heading is right on track.”

“It has nothing to do with what’s happening at City Hall. It’s more my professional growth and making a change in my life to continue to help the city grow and become a better place–on the private side of things.”

Markham said she reached out to One South associate broker and partner Tom Rosman and other brokerages in town after years of talking real estate with her aunt, Pat Hancock, an agent with Joyner Fine Properties.

She said the seeds were further planted last fall when fellow planner Daniel “Willy” Thompson left the city to help his wife, Alexis Thompson, an agent with One South Realty. 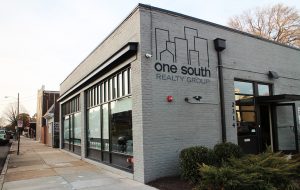 One South Commercial is part of One South Realty Group, located on West Main Street in the Fan. (Jonathan Spiers)

At One South Commercial, Markham will be joining a team of 10 that focuses on commercial and mixed-use development deals, multifamily sales and retail and apartments. Rosman, who started One South Realty with Rick Jarvis around the time Markham started with the city a decade ago, said her addition will add valuable insight to his team.

“I think her skill set and her past work is really right up our alley,” Rosman said. “She knows a lot of folks, has good connections, great knowledge of the market and the zoning process and the tax abatement process, historic tax credits. So she knows everything, which is perfect.”

Rosman said, adding that Markham would hit the ground running with an existing development deal and apartment deal he declined to discuss in detail. He said Markham will start with One South in February.

After double-majoring in political science and philosophy at Hollins University, Markham got her master’s degree in urban and environmental planning at UVA. While at Hollins, she said she gained an interest in how urban areas develop, leading to a job with the Richmond Regional Planning District Commission before joining the city planning department in 2006.

Markham said she learned a lot watching firsthand as the city recovered from the economic downturn. She said she’s also learned from and enjoyed working with the city’s development community – both the usual suspects and a newer crop of developers coming onto the scene.

“There’s a younger set of development groups that are coming along, and I think that’s really exciting,” she said. “They’re doing great work in the city.

“It’s been challenging, but I think it’s been really rewarding. You don’t get to realize the vision of planning without the private developers. They’re the ones who are really executing that vision.”

One of those developers is Rodney Poole, who has worked closely with Markham both as senior vice president of real estate firm The Wilton Companies and as a member and now chairman of the Richmond Planning Commission. Poole called Markham’s departure “a great loss” for the city.

“I’ve always thought that she was extraordinarily professional, intelligent, enthusiastic, hard-working, and an easy-to-work-with person at the city,” Poole said. “She’s been an unbelievable help for me personally as a member of the planning commission and ultimately the chairman, and also as a practitioner with a company that has developments in the city, she has always been an extraordinarily professional and helpful person to work with.”

Poole credited Markham with contributing to the success of the city’s downtown master plan and riverfront plan. He also noted her role in guiding the redevelopment of Scott’s Addition, a historically industrial neighborhood that’s become popular with developers.

Markham demurred when asked what projects or initiatives she’s most proud to have been a part of, though she did point to the recently opened T. Tyler Potterfield Memorial Bridge connecting Manchester with downtown – a project in which she said she played only a small part. She also noted her efforts, along with the city’s GIS department, to update the city’s parcel map viewer and make more planning data accessible to the public online.

“It’s all at your fingertips now. Before, you had to schlep down to City Hall to get that information,” she said.

“When I started, we had these big zoning maps…and they were awful. You couldn’t even read them,” she said. “People would call and say, ‘I have this property I want to do something with,’ and I would say, ‘Okay, we’ll call you back in a week.’ It was embarrassing to me! So I said, ‘Okay, we’re taking this and going to digitize it all.’”

While she hopes to make a similar impact in real estate, Markham said she leaves City Hall with valuable knowledge, good relationships and a desire that remains to help improve the city and contribute to its development.

“I cannot state enough how appreciative I’ve been for the opportunities I’ve been given at City Hall, and the relationships that I’ve made both at City Hall and on the outside just by working (there),” she said. “There are some of the hardest-working people I know who work down at City Hall, in really a thankless environment.”

It’s unclear who will replace Markham at the city. A call to planning director Mark Olinger was not returned by press time.

I always found Lori to be very helpful with matters of zoning while she was on the staff and I welcome her to our side of the world. I’m pleasantly surprised though. Lori, please accept my invitation to join the HBAR MF Council this coming Wednesday.

A loss to the City. A coup to One South. Glad she’s staying in town

I’m very happy for Lory Markham. She worked hard for the city and I hope this next venture will bring her success.

As a longtime resident of Richmond, I often hear from young people who would like to buy an old house in the city, as I did, and bring it back to life with a little TLC. This dream is becoming increasingly difficult to achieve as developers swoop in the moment fixer-uppers become available, buying them with all-cash offers. In most cases they rehab the houses with ultra high end extravagant trappings, putting the final price out of reach of most potential residents. The apparent local government revolving door mentioned in this article highlights just how much the deck is becoming… Read more »