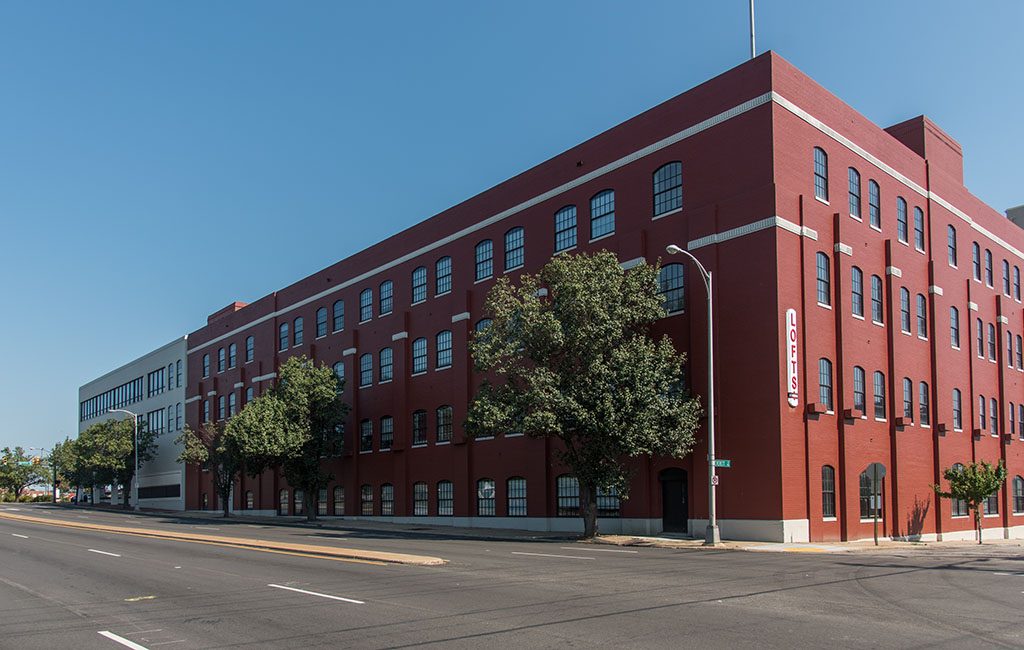 A Manchester apartment building has been picked up by a New Jersey-based buyer, marking the real estate investment firm’s entry into the Richmond market.

The Lofts at Commerce was most recently assessed at $31.6 million, according to city tax records.

“We saw the building as a terrific opportunity,” said Edward B. Vinson, Hudson vice president of acquisitions. “We want to take the building and make it what it should be, which is a first-class apartment product.”

Vinson said Hudson is looking to invest millions into the structure and plans to visit with residents to address their needs. He said the firm has changed the building’s management team, contracting with Dallas-based Westdale to take over the property’s leasing and management.

“The building really hasn’t achieved its full potential,” Vinson said. “Over the next 12 to 18 months, we hope to make some changes that will reflect the quality of service for our tenants that we are known for.”

Vinson said the property is about 90 percent occupied as of closing. He said the firm is pushing to raise the occupancy rate.

“We typically like to be around 95 percent occupancy,” Vinson said.

With Manchester’s proximity to major highways, access to downtown and its resurging residential population, Vinson said the neighborhood fit the mold for the type of product Hudson seeks out.

“Manchester is a fantastic neighborhood,” Vinson said. “There is a lot of positive activity happening in the neighborhood and throughout the city. We’re very bullish about the property.”

Hudson has several multifamily holdings across the Southeast. The Lofts at Commerce is the firm’s first acquisition in metro Richmond and its first foray into Virginia.

The Lofts at Commerce has had a storied past.

Jefferson was given millions in historic tax credits to convert the industrial warehouse into apartments. But an investigation into the business partners’ finances unveiled that Jefferson wildly inflated millions of dollars in expenses incurred while renovating the building, leaving the mortgage in limbo.

True North purchased the $25 million mortgage backed by the Manchester apartment complex from U.S. Bank in September 2014. It initiated the foreclosure and took the property back with its own starting bid of $15.5 million in October 2014 – holding onto the asset until it was sold last month.

Jefferson is now serving time in federal prison after pleading guilty to a historic tax credit scheme that included the renovations of several historic structures across the city, including the former Parachute Factory apartments.

Now called the South Bank Apartments, the 95-unit complex at 300 Decatur St. was sold in an auction to an entity owned by Boston-based The Davis Company for $6.5 million, according to city tax records.

Congratulations to Charles and Peyton for the transaction. Its good for Manchester and the City overall to get this one in the hands of someone who will do something positive for the community. I recall about three years ago meeting with Billy Jefferson’s brother and discussing his value of the building. He said he wouldn’t sell for less than $200K per door, about $45M! Of course, he also told me that it was 95% leased when I knew at the time the actual lease up was about 50% at rates less than half those published publicly. And so ends the… Read more »

Wow! This place is a total dump. The neighborhood is a construction zone. I lived down the street closer to the river in Manchester and had my car stolen, vandalized, and my purse ripped off my shoulder. This building has had shootings/murders. The schools are awful and there are no decent places to shop or eat. My neighbor was in the military and said he felt safer living in Iraq than he did in Manchester. Even if this building is renovated, I don’t know many people in their right mind who want to live there. People that get duped into… Read more »

LOL at Sarah’s comment, she is spot on. I used to work in a building on Commerce. We renamed the local McD’s to “Murder McDonanld’s”. My company had a 3rd shift and no women were allowed to work during overnight hours in fear of being assaulted while coming/leaving work. We had several parking lot crimes along with someones car being stolen at one point.

All the condo’s seem very pricey for the location. If you are going to spend that much money on rent you might as well live across the river where it’s a bit safer.