Along with ample food, drink and networking, attendees at the latest installment of Richmond BizSense’s Hard Hat Happy Hours were treated to some breaking news Wednesday evening.

The developers of Cary Street Station, the $45 million redevelopment of the former GRTC Bus Barn at 101 S. Davis Ave. and site of the event, revealed they have signed the first two commercial tenants in the mixed-use project.

Chris Tsui and his locally-based EAT Restaurant Partners plan to open a restaurant within the development, while Nest Realty will open an office on the 7-acre site.

The new eatery is set to fill 4,200 square feet of retail space at the corner of West Cary and South Robinson streets, along with a 1,000-square-foot patio. 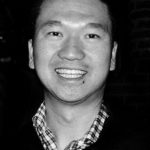 Tsui said he has not determined a concept for his group’s latest restaurant, but hopes to have an idea and menu in coming months.

EAT Restaurant Partners owns several establishments across the metro area, including Fat Dragon and Boulevard Burger & Brew in Scott’s Addition, Foo Dog in the Fan and Wild Ginger in Midlothian.

In the southwestern portion of Cary Street Station, Nest Realty will open its first Richmond office in 3,000 square feet.

Nest Realty operates locations throughout North Carolina and Virginia, including Fredericksburg and Charlottesville.

The Shopping Center Group and JLL are co-listing the retail and office component of the development, which includes about 16,000 square feet of commercial space. That’s in addition to 285 apartments taking shape in the site’s nine buildings.

Cary Street Station is a project by the Monument Cos., led by Chris Johnson and Tom Dickey, along with Howard Kellman of the Edison Co. The group had the winning bid in 2015 to purchase the long-dormant site from GRTC.

What an event Wednesday night! Congrats to Monument Construction and the Edison Cos. For this successful venture on Cary Street. It’s filling a big hole in the City with new residents and shops.

This is going to be really cool – although I wish you would refer to it as “former bus and trolley barn” in these updates. Nitpicky, yah. Historically, the trolley part is what is interesting about the property (Planet earth’s first electric streetcar system!); even the name and logo of the new development is about the trolley history, not the buses that were housed there later.