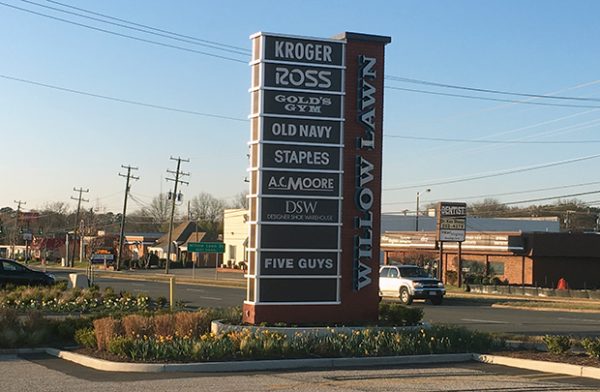 The new tenants continue Willow Lawn’s transformation from its past as an indoor mall.

A sports retail giant and a new-to-market salad chain are the latest additions to a Henrico shopping mall.

Dick’s Sporting Goods is taking over 47,000 square feet at the Shops at Willow Lawn, representatives of the shopping center announced Thursday. The location would be the Pennsylvania-based retailer’s sixth in the Richmond market.

Dick’s will fill space currently occupied by A.C. Moore a few storefronts down from the Kroger along Willow Lawn Drive. It is looking to open during summer 2018. 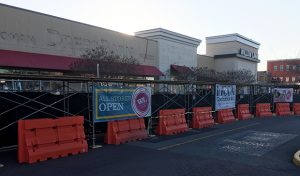 A.C. Moore will move into 18,000 square feet of renovated space between the Ross Dress for Less and Tropical Smoothie Cafe, according to Henrico County planning documents. The arts and crafts retailer plans to open in its new location during early fall 2017.

The company could not be reached for comment Thursday. It has not said whether the Willow Lawn location would replace any existing local stores.

Chopt’s Willow Lawn location is planned to open in fall 2017. It would be the first location in metro Richmond for the company, which operates several locations in Northern Virginia.

Yeah! Now can we get a Trader Joe’s closer in? And perhaps a Bed Bath and Beyond?

I second that Trader Joe’s request!

A Trader Joe’s would be great in the Southern Seasons building at Libbie Mills!

Christopher Muller
Reply to  Will Willis

Ever since Southern Season closed I’ve hoped for a Trader Joe’s in that space. Seems like they would draw a lot of business from the near West End, Fan/Museum District, Scott’s Addition and Lakeside.

I was told by a fairly reliable source that another Trader Joe’s is coming to town, but it will be in the Hull Street corridor near Brandermill/Woodlake.