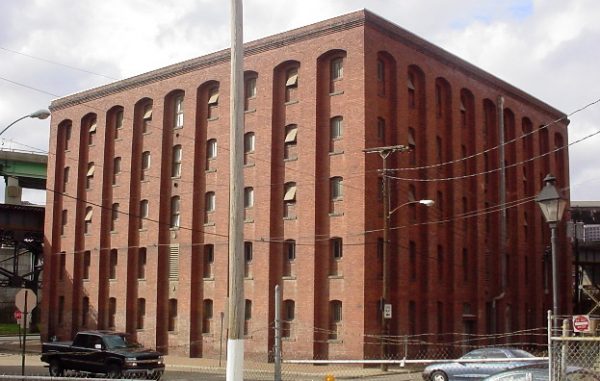 Capital One Financial paid $1.84 million for the building at 1717 E. Cary St. (Courtesy City of Richmond)

A credit card giant has opened its wallet to buy a downtown building and back the area’s startup scene.

The sale marks a quick flip for local entrepreneurs Will Loving and Brad Cummings, who are behind Startup Virginia and bought the former tobacco warehouse through 1717 East Cary LLC in September 2016 for about $1.25 million.

Loving and Cummings announced their plan to redevelop the building last fall – prior to Capital One announcing its involvement – looking to mirror their concept after successful startup incubators such as American Underground in Durham, North Carolina, and the Capital Factory in Austin, Texas.

“(Richmond) does not have a high-growth company business incubation space,” Cummings said. “The incubator will not only create an environment where early stage companies are surrounded by like companies, but also surround them with mentors that have started and sold companies, surrounding them with potential funding.”

Cummings would not disclose details about the genesis of the Capital One deal.

Proceeds from the building’s sale will funnel back to Startup Virginia, a nonprofit. Cummings would not say how those funds would be used.

With Capital One as the owner of the building, Cummings said he and Loving can focus on growing the incubator.

“That relieves us of the burden of managing the real estate and lets us focus on running the incubator and bringing in new partners to support this effort,” Cummings said.

The building will be redeveloped into three floors of office space for Cummings and Loving’s venture, while Capital One plans to occupy the two remaining floors.

Monument Construction is the general contractor. Commonwealth Architects and SMBW designed the space.

Cummings would not comment on renovation costs or sources of funding.

He said Capital One’s efforts are part of its Future Edge initiative – a five-year community investment program started in 2015 that provides grants and support for startups and entrepreneurs.

That initiative has supported local ventures such as Lighthouse Labs and RVAWorks.

An opening date for the new incubator space is pending, Cummings said.

As construction begins on the building, Startup Virginia already has one tenant lined up.

Sabreez, a Richmond-based startup described by CEO Scott Hoppe as the “the Weather Channel for energy,” expects to be in the new space within six months.

Cummings and Loving’s current incubator venture, a 5,000-square-foot facility at 27 N. 17th St. called The Annex, will serve as overflow for the new building once it’s completed. It opened last fall.