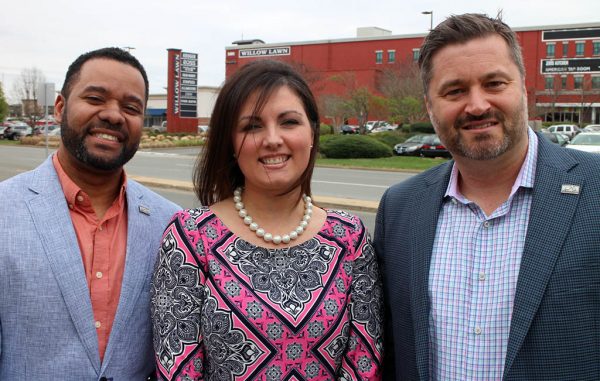 By way of Hampton Roads and Charlottesville, a former Colliers International broker is bringing his 2-year-old firm to Richmond, with plans to turn the new office here into the company’s headquarters.

Its move to Richmond comes after building up business in other markets around Virginia, particularly Hampton Roads and along the Interstate 81 corridor. Clark said he bided his time for a reason.

“We strategically held off on the Richmond market … because it’s the hardest to break into, because of competition and strong relationships in the market,” Clark said. “It allowed us to focus on other areas of the state, and now we’re ready to hit the ground running (in Richmond).”

The firm has 10 agents and brokers working Charlottesville, Hampton Roads and western Virginia.

Clark said he eventually plans to make Richmond Statewide’s national headquarters as it expands, and his aim is to find permanent office space in Scott’s Addition.

“We’ve got plans to open offices in Los Angeles, New York City and Miami over the next couple of years,” he said. “Once we get Richmond going, we’ve got plans to immediately start launching operations into North Carolina, specifically in Raleigh and Charlotte.”

Statewide’s Richmond-based territory spans east to Williamsburg, west to Charlottesville, north to Fredericksburg and south to Petersburg and Colonial Heights.

Clark said the firm is hustling to land its first local listing, and he plans to add five brokers here by year’s end. He added Statewide will create a property management division in coming months.

“We’ve really thought this through as a business,” Clark said. “Our strategy is to make sure that we have much of the state covered … we could not do that unless we included the Richmond area.”

Clark spent six years in advertising and branding in the early 2000s, including a stint at Richmond-based Martin Branding Worldwide. He eventually went to work for Colliers International, working through the opening of its Hampton Roads office and then launching Statewide in Hampton Roads in 2015.

The local office will be manned by Clark, who said he’s relocating his home from Charlottesville to Richmond, along with his business partners, Dell Claiborne and Krystal Mansfield, who will oversee retail leasing.

The move is a homecoming of sorts for Claiborne, a Richmond native who’s worked in Statewide’s Hampton Roads office.

“This is where the action is happening,” Claiborne said. “When you’re out across the state, people are talking about Richmond.”

I wish Jamie the best of luck. He’s a good guy. As he’s aware, its a competitive market for business in Richmond with many long-term relationships in a city where such relationships are treasured. We’ll see you around town, Jamie.