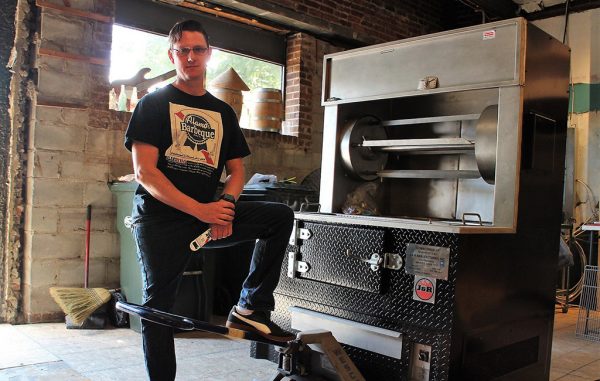 Alamo BBQ owner Chris Davis will open his next venture, Frontier, in the East End in September. (J. Elias O’Neal)

The man behind a popular Church Hill barbecue joint is cooking up a new restaurant around the corner.

Alamo BBQ owner Chris Davis is preparing to open his next venture – Frontier – in 1,900 square feet at 412 N. 25th St. in the up-and-coming East End neighborhood.

The building previously hosted a string of soul food restaurants dating back to the 1950s, including Johnson’s Soul Food, which relocated to Union Hill before closing.

Davis purchased the building about two years ago to serve as an extension to Alamo’s busy catering business. But given the size of the space, he decided to add dining into the mix and give Alamo a sister restaurant.

“It could accommodate everything we were trying to do, so why not go for it?” Davis said.

He said the new restaurant’s name reflects the type of dining experience patrons can expect – a culinary frontier of dishes that scales the Americas.

Many of Frontier’s signature dishes will be prepared on a $25,000, 1-ton, custom-made wood grill and rotisserie oven shipped from Mesquite, Texas. At full capacity, the rotisserie can cook 16 birds at once.

“This is the nucleus,” Davis said. “As soon as you walk in the first thing you will see is this grill – it’s the center of the restaurant.”

He said the grill master also will prepare other meats on the grill, such as duck, steak, burgers, lamb and chicken dishes with influences from Argentina, Mexico and Peru. Davis said the menu is set to change often. 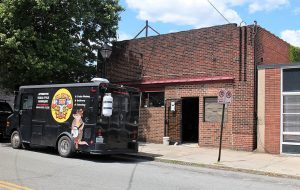 Other potential items include boiled blue crab and crawfish, and when in season, bison ribeyes and grilled vegetables. Frontier also will include a “For The Table” menu, where large parties can order dishes to pass around their table.

Frontier will seat 40 to 60 people, with a full bar and plans to install large windows that open up the space.

“I want the sound of music and the smell of our food to fill the air,” Davis said. “I want that element to draw people into the space.”

Davis said he’s spent more than $50,000 to prepare the space. He expects to open for lunch and dinner in September. He also paid $190,000 for the building, according to city records.

Davis, who has owned Alamo BBQ for nearly 10 years, wants Frontier to be his signature restaurant – hoping the concept allows him to experiment with different styles and recipes for a variety of palates.

“This is where I want to retire,” he said of Frontier. “It’s being able to cook and have fun with different dishes.”

Congratulations to Alamo on their continued success and expansion. Alamo was a “pioneer” early on as one of Church Hills restaurant success stories. Best of luck in the future.

Fantastic, especially for those of us in the neighborhood that want to support East End and retire here too!

I hope you will maintain the soul food legacy. I’d like some collard greens and fried catfish.