The Martin Agency released its latest TV spot for Geico, “He-Man vs. Skeletor,” in collaboration with Mattel Inc. The 30-second spot is part of Geico’s “Great Answer” campaign, in which the insurance company’s savings message is used as the answer to anything. Animation was created by New York-based J.J. Sedelmaier Productions, whose credits include Saturday Night Live’s “TV Funhouse.” 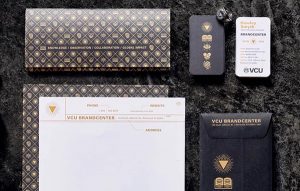 The Brandcenter unveiled a new logo and website created by Work Labs and VCU University Relations. The new logo, meant to convey energy or light radiating from a beacon, continues a tradition of refreshing the Brandcenter’s logo every 10 years. Managing director Don Just and fellow professor Kelly O’Keefe led the effort.

In addition to the website, the logo will appear on signage, letterhead and other communications materials.

Workshop Digital has been hired by ClickNotices, a Maryland-based software services company in the multifamily property management industry. Work will include paid digital marketing management as the company expands its user base through LinkedIn adverting and custom landing pages.

Workshop Digital is partnering with Co+Lab to provide search engine optimization for a new website for local nonprofit FeedMore. The firm also hired Laura Hunt as marketing manager to lead its internal marketing initiatives. Hunt was previously with The King Agency and is a VCU graduate. 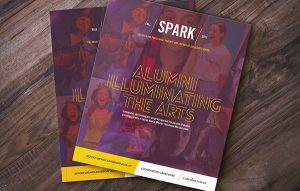 Think designed and produced the fall issue of Spark.

Think hired Christine Winder as project manager. Winder will act as a liaison between clients and designers, manage current and future clients, and aid in marketing strategy. The Roanoke College grad was previously a marketing associate for Knowledge Facilitation Group in McLean.

Think wrapped up design and production for the fall issue of Spark, The Collegiate School’s quarterly magazine. The agency worked with the school’s communications department to give the magazine a fresh look.

Think also has been hired by Commonwealth Commercial to assist with pitch work and presentation materials for the commercial real estate firm’s prospective clients.

The Idea Center was hired by Service Machine, an Ashland-based metal fabricator, to redesign and rebuild its website and produce a corporate video. Work will include capturing high-definition drone and video footage and photographs. The Idea Center also was hired by Cannons Auctions, a Henrico-based online auction company, to rebuild its website in a mobile-responsive format.

J Drake Graphic Design launched a new website for Midlothian real estate agency The Negaard Group as part of a rebranding. The site highlights the agency’s expanded service area. J Drake also was recognized as a finalist in the 2017 Summit Creative Awards for its work for Winfree Memorial Baptist Church.

[…] week in The Pitch: Advertising and Marketing News in Richmond by Jonathan […]