Fuel Creative produced a documentary film (view trailer here) on the installation of the SR-71 Blackbird aircraft inside the Science Museum of Virginia. The documentary, titled “Blackbird: Legacy of Innovation” and directed by Fuel co-owner Todd Hervey, will premiere Nov. 8 and have free showings at the museum on Veteran’s Day, Nov. 11. It will also be broadcast on WCVE.

HeliumStudio created a mini-site for The VEA Fund for Children and Public Education, the political action committee of the Virginia Education Association. The mobile-responsive website includes information about candidates and allows users to donate to the fund. The studio also launched a mobile-responsive site for Jerry Brothers Industries, a conveyer and power belt manufacturer with offices in Richmond and Charlotte, North Carolina. 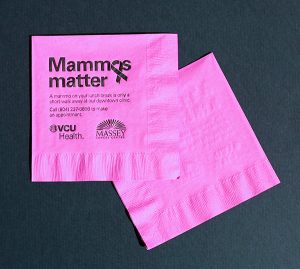 Ndp created a campaign for VCU Massey Cancer Center promoting mammograms as part of Breast Cancer Awareness Month. From Oct. 23-27, food trucks downtown distributed about 10,000 pink napkins with the messages “Mammos matter” and “A mammo on your lunch break is only a short walk away at our downtown clinic.”

Kelly Markey returned to ndp as a copywriter, a role she previously served at the agency from 2006 to 2009. She was most recently a copywriter for West Cary Group. At ndp, Markey works on accounts including VCU Health, Maymont and University Health System.

The Hodges Partnership is working with Henrico-based Virginia Dental Association Foundation to raise awareness about its mission and programs. The PR firm has been engaged by Direct Choice Inc. to help the Philadelphia-based marketing agency position and announce its new customer experience division. Hodges also is working with Petersburg-based Waukeshaw Development and its Beale’s and Trapezium Brewing Co. breweries on media relations and content. 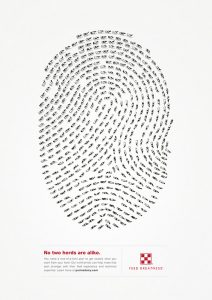 The Martin Agency’s Purina Mills ads feature livestock herds in the shape of a thumbprint.

The Martin Agency launched a new campaign for Purina Mills. Called “No Two Herds Are Alike,” the campaign is running as a trade ad in publications for dairy producers. Martin also released its newest TV spot for Geico. The spot about a Queen’s Guard taking a casual Friday is part of the insurance company’s “It’s Not Surprising” campaign.

BigTree was hired by Piperbear to redesign and rebuild its website. The Richmond-based firm focusing on property management, interior design and renovation planning previously worked with BigTree on a rebranding earlier this year.

The Idea Center was hired by Richmond-based Dallan Construction to rebuild its corporate website in a mobile-friendly format.

Dotted Line Collaborations was retained by Hanover County to produce a four-year social media advertising campaign to recruit new volunteers for Hanover Fire-EMS, which was awarded a federal grant to boost volunteer marketing efforts. The agency was also hired by TK Promotions, a local promotional products company, to conduct a strategic brand assessment, develop a marketing plan and produce a new logo, website and marketing materials.

Torx launched redesigned websites for local businesses Ameritone Inc. and Rainmaker Studios and for Alliance Capital Ventures, a financial planning firm based in Philadelphia and Charlotte. 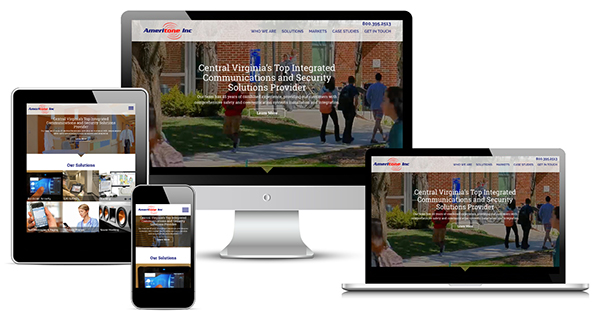 Addison Clark was hired by Good Neighbor Village, a local residential community for adults with mild to moderate intellectual disabilities. Work will include building a new website and managing its social media and online advertising initiatives.

Fable completed a brand campaign for The Steward School including print, digital and broadcast. Work included creative strategy, conceptual development and production. The agency also created a new admissions brochure that includes a puzzle wheel on the cover that prospective students and parents can manipulate. Studio Flatland provided animation for the campaign’s digital banners, and Rainmaker Studios was enlisted for the broadcast work. 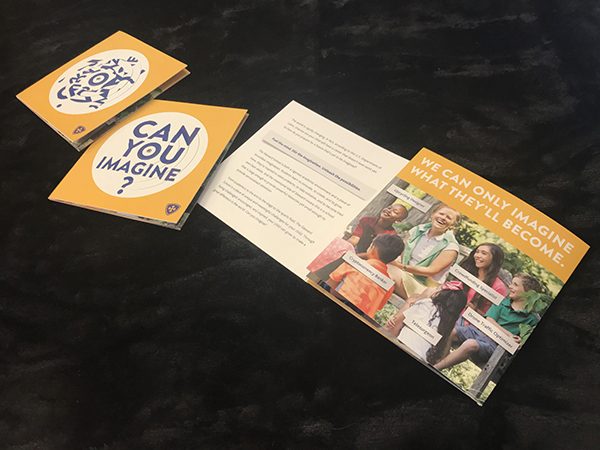