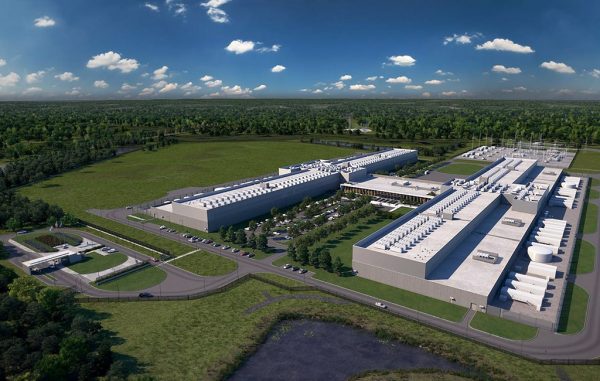 A national firm with a local presence has been tapped to oversee construction of the massive data center being built in eastern Henrico for Facebook.

DPR Construction has been chosen as the general contractor for the nearly 1 million-square-foot facility, which involves a $1 billion investment for the social media giant, at 5900 Elko Road in the White Oak Technology Park.

Facebook said this week work is underway on the site and DPR is preparing to accept bids from subcontractors. A $220 million building permit was filed with the county Nov. 1 by DPR, calling for the construction of industrial buildings.

Representatives with DPR did not return calls for comment Tuesday afternoon.

Facebook announced the data center project last month. Once completed, it will be the company’s eighth U.S. data center location.

Facebook’s director of data center strategy Rachel Peterson said the facility would look to be operational by 2019, ultimately creating 100 full-time jobs and thousands of construction jobs.

It would be the first of what’s expected to be a multiphase development spanning more than 328 of the tech park’s 1,500 acres.

The first phase will consist of an H-shaped complex of two single-story, connected buildings. Documents on file with the county show three future buildings totaling 1.5 million additional square feet; however, a timeline for construction of the additional phases has not been released.

DPR is known for its portfolio of data center, medical and corporate campus projects. It has previously been tapped at least four times by Facebook to construct similar data centers in North Carolina, Oregon, Sweden, and its latest project in Fort Worth, Texas.

The company keeps its local office in Innsbrook and entered the Richmond market in the mid-1990s, when it worked on a six-building, 1.2 million-square-foot semiconductor manufacturing campus in the White Oak Technology Park. That facility later was converted into a data center for QTS, a project that DPR also worked on.

Among its current projects in the area is the ongoing renovation and 85,000-square-foot addition of VCU Health’s Perioperative Operating Room downtown.

Correction: An earlier version of this story incorrectly identified a semiconductor facility and QTS data center in White Oak Technology Park as two separate facilities. The property was initially developed as a semiconductor manufacturing plant and was later converted into a data center.

[…] also is ramping up on Facebook’s new $1 billion data center in eastern Henrico, which has secured DPR Construction as its general […]