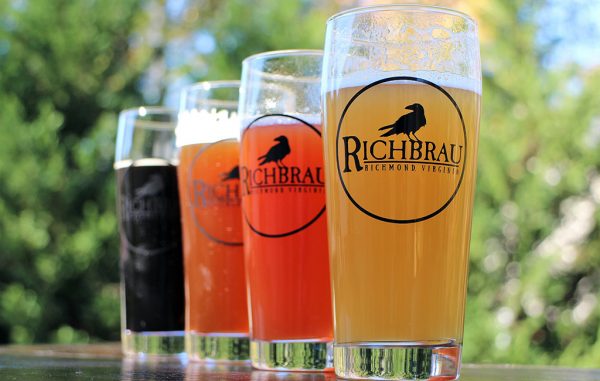 A long-gone pioneer of Richmond brewing is making a comeback.

Richbrau, a local brewery brand that operated at 1214 E. Cary St. in Shockoe Slip before closing and filing for bankruptcy in February 2010, is making its return to the region with new brews and a new ownership group.

The effort is led by Matthew Mullett, a commercial real estate broker with Richmond-based Dodson Commercial, who with a group of investors secured the trademark to Richbrau last year.

“Richbrau is a brand that has deep roots in our city’s brewing history and deserves to be part of the world class craft beer scene being built here,” said Mullett.

The group is mulling potential locations for the revived brewery, four sites ranging from 3,000 to 6,000 square feet in the Shockoe Bottom or Shockoe Slip areas, Mullett said. Site selection should occur by the first quarter 2018.

“Main Street Station and the surrounding Shockoe Slip and Shockoe Bottom areas are drenched in history,” Mullett said. “It seems fitting that Richbrau be situated in the heart of the city.”

Plans call for the first keg of new Richbrau beer to be tapped for the public by fall 2018, Mullett said.

Once operational, it will become the region’s 33rd brewery.

Prior to working in commercial real estate, Mullett spent 15 years in the brewing industry, including 11 years as a distribution manager with MillerCoors. Representing brewery and cidery clients as a broker, Mullett was aware of the difficult task breweries faced in successfully trademarking brand and company names.

That experience conjured the memory of Richbrau.

“I just remember thinking to myself, ‘What happened to Richbrau?’” Mullett said. “And from there I sought to find out.”

That path culminated in an hour-long phone call with the U.S. Patent and Trademark Office, during which it was determined all rights to the Richbrau name were available for use since 2013. Mullett snatched up the brand in July 2016.

The acquisition comes with a history that extends well beyond Richbrau’s most recent life as a brewpub in the Slip.

Its history in Richmond can be traced as far back as 1933, when at the end of Prohibition, Home Brewing Co., the original brewers of Richbrau, switched back to bottling beer over soft drinks such as “Tru-Ade” and “Climax” sodas.

Richbrau would then experience nearly three decades of continued growth, until post-Prohibition-era competition from the likes of Schlitz and Schmitz took a toll on Home Brewing Co., forcing the company to end its brewing operations in the city in 1969. 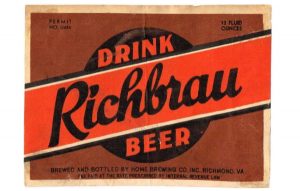 That was the end to Richbrau’s run in Richmond, until the 1990s, when businessman Michael T. Byrne created Richbrau Brewing Co.

The company ran the brewpub out of four connected buildings that took up nearly 40,000 square feet in the 1200 block of East Cary Street. The business closed in February 2010 after 17 years, eventually filing Chapter 7 bankruptcy.

Mullett, who said his new venture does not involve the previous proprietors of Richbrau, envisions the brand’s third incarnation evolving in three key phases.

“During phase one, we will be opening our R&D facility (in Shockoe) with a 10-barrel brew house, where we will focus on recipe development,” Mullett said. “The facility will be very consumer feedback-driven.”

“It’s going to be a small operation to begin with,” he said. “We want to perfect what we have while we’re small, and then grow as demands warrants.”

Phase two would involve expanding into a larger facility, likely 25,000 to 35,000 square feet with an initial capacity of 20,000 barrels.

Phase three would involve signing distribution agreements to have Richbrau spread throughout the state and increase its brewing capacity to more than 60,000 barrels.

“The goal is to find a site large enough where we can increase the barrel system at that one location over time,” Mullett said. “From there, the goal would be to expand Richbrau statewide.”

To get the beers flowing, Richbrau has hired Brian McCauley as its head brewer.

Drawing from his biology and chemistry background, McCauley, a Portsmouth native and James Madison University alum, said he has been brewing craft beers since 2013 while working full-time as a physician’s assistant.

“I enjoy the creative process of crafting beer,” McCauley said. “It’s a great canvas to use your imagination and create something unique.”

Since Mullett’s group secured the Richbrau trademark, McCauley has been busy crafting seven beers, a blend of IPAs, stouts and sour ales.

“When we open, we plan to have six tap lines with a few of the lines rotating frequently,” McCauley said.

Each of the beers will be named for a historic event that occurred in Richmond or local urban folklore. Richbrau’s sour ale, Vampire, is a reference to the claim that the mausoleum of W. W. Pool in Hollywood Cemetery holds the remains of a vampire.

“We want Richbrau to be a brewery that could only exist here in Richmond,” McCauley said. “Naming the beer after pieces of Richmond’s history, and telling the stories that go along with them, is just one of the ways for us to connect Richbrau to the city.”

Food will also be on the menu.

“There will be some type of food element introduced to accompany the sampling facility concept,” Mullett said. “Whether we decide to partner with a restaurant in the area, or have an area for food trucks, is still being discussed.”

Mullett would not disclose how much is being invested to revive Richbrau, nor would he identify his investors.

The third incarnation could be a charm for Mullett and McCauley given Richmond’s maturing booze scene, which has changed dramatically since Richbrau was last poured here.

The region is home to more than two dozen breweries, cideries and distilleries. And state laws have loosened to help make beer and spirits distribution and tastings easier for booze-making operations.

But stiff competition has prompted some brewers to say the market is becoming saturated – forcing several to pull out all the stops with improved taprooms, and expanding distribution networks both domestically and overseas.

According to state commerce data, brewery licenses have increased 468 percent since 2012, when the General Assembly passed SB604, which allowed breweries to have tasting rooms.

Mullett admits competition is out there, but said there is still room for new players in Richmond. He pointed to more mature markets such as New Haven, Connecticut and Washington, D.C., where he said craft beers have between 25 and 30 percent of the market.

“That’s more than double the 12 percent market share we have here in Virginia,” Mullett said. “Although you hear of more breweries opening every month, the demand for craft beer is still growing. We are off to a great start here in Richmond, but it’ll likely be some time before we become a mature craft beer market.”

At some point the law of supply and demand will kick in for all these breweries.

Brings back great memories from high school. A six pack of Richbrau and a pack of Domino cigarettes cost a total of about 75 cents.

Raise your hand if you ever choked down a Richbrau “Big Nasty” back in the day.

Richbrau tasted like a wet dog smells, I drank plenty of them.

The Big Nasty was a Christmas tradition for us. My son in law and I would drive downtown and pick up several to enjoy while my daughter and he were visiting. We have since picked other Christmas beers to continue the tradition. But definitely some good memories of the “Big Nasty”.