Judge James C. Dimitri will retire from the State Corporation Commission at the end of February, ending a more than nine-year tenure. Dimitri, 67, said he will retire Feb. 28 to spend more time with his family.

Joe Alexander, chief creative officer with the Martin Agency, is no longer with the company after 26 years. The departure was effective Friday, according to the agency. 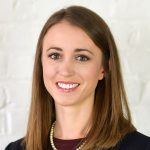 Kaitlin Cannavo represents issuers in securities offerings, mergers and acquisitions, financings and sophisticated corporate matters. She has degrees from Virginia Tech and the College of William and Mary.

Michael McCollum focuses his practice in business law, including securities matters, with an emphasis on entrepreneurs and startup companies and intellectual property, corporate formation and governance. He has degrees from Middlebury College, Norwich University, the University of Richmond and Duke University. 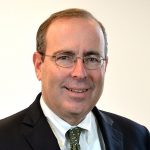 Thomas I. Barkin is president and chief executive officer for the Federal Reserve Bank of Richmond, effective Jan. 1.  He is a senior partner and chief risk officer at McKinsey & Co.

Vance Spilman has been elected to the board of directors of VCB Financial Group.  He is with Rainbow Station Inc. and PRISM. 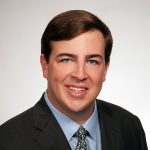 Hunter Hopcroft is special projects manager for Ellwood Thompson’s Local Market.  He was the founder of Harvest Grocery & Supply and a partner in JM Stock Provisions.  He is a graduate of Hampden-Sydney College. 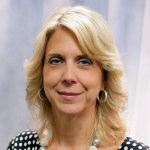 Debbie Preston is senior advocate for Chesterfield County’s Office of the Senior Advocate, part of the Citizen Information and Juvenile Services Department.  She has degrees from Longwood University and Virginia Commonwealth University.

Charles English has been named state STEM coordinator.  He has been with the Science Museum of Virginia.

Brian Call is a business analyst.  He is a graduate of James Madison University.

Andrew Dennison is a developer.  He is a graduate of Marshall University.

Paul Lupini is a junior network engineer.  He is a graduate of Western Governors University. 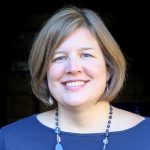 Meaghan O’Brien has joined Draper Aden Associates as site development and infrastructure program manager.  She is a graduate of Virginia Tech.

Roberta Tinch has been named chief operating officer for Johnston-Willis Hospital.  She had been with Spotsylvania Regional Medical Center in Fredericksburg.  She has degrees from the University of Virginia and Virginia Commonwealth University.

Jacquelin Crumm has joined the firm as director of operations.  She has degrees from Virginia Commonwealth University and Virginia State University.

The following individuals have been promoted:

Cheryl Pretlow is director of talent acquisition and government solutions.

Dale Ingram has been named chief executive officer for OrthoVirginia.  He had been with The Cardinal Orthopaedic Institute in Columbus, Ohio.  He has degrees from Carnegie Mellon University and Rutgers University. 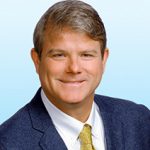 A. Clint Greene III is vice president in the retail services group of Colliers International | Richmond.  He is a graduate of Clemson University.

J. D. Myers II is the chair of the Virginia Cable Telecommunications Association.  He is senior vice president with Cox Communications.

Lisa Deane with Fuze, Dan Jenne with TekWeld will join the board of the Virginia Promotional Products Association, effective Jan. 1.