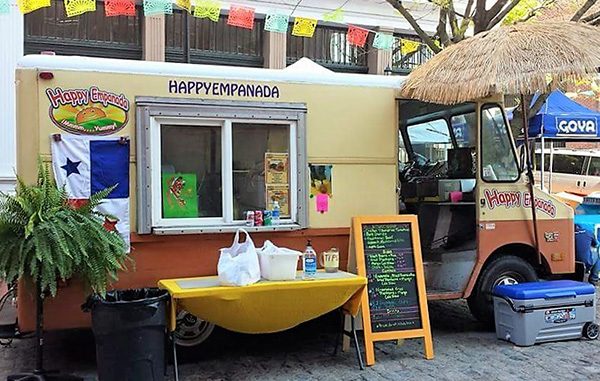 The family behind a longtime local food truck is cooking up its first brick-and-mortar location on the Southside.

Happy Empanada is taking over 1,300 square feet in the former Caribbean Seafood and Jamaican Jerk House at 1203 Westover Hills Blvd. in the Forest View neighborhood.

“We’re just excited to have found this location,” co-owner Linda Anderson said. “We looked all over, and there was no space as complete as this place.”

Work is underway to transform the space into a take-out spot with limited inside seating. Anderson said it’s targeting a February 2018 opening.

Happy Empanada will still be mobile, with its food truck running weekly visits to area office buildings and stops at several festivals.

“Our food truck is a very important part of our business, and we intend to keep it that way despite having a physical location,” Anderson said.

Hours of operation are pending, although Anderson said the business plans to open Tuesday through Saturday. Eventually, she said, the company plans to offer delivery service through Uber Eats and GrubHub.

Launched by Anderson’s mother Luicana in 2012, Happy Empanada has been serving up homemade Panamanian-style empanadas from its food truck across the region. 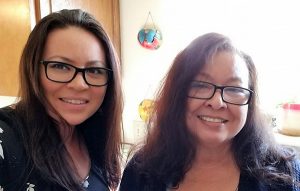 “We had a lot of empanadas left over one Thanksgiving,” Anderson said. “And my mother said, ‘These are so good we could sell them.’ We all looked at each other and were like, ‘Yes, yes, they are good enough to sell.’”

The family, including Anderson’s brothers David Dominguez and John Couch, aunt Maria Dodge and uncle Bob Marshal, secured a truck – retrofitting it to be road ready.

A web designer by trade, Anderson crafted Happy Empanada’s website, while her mother focused on crafting a menu for the food truck.

“We are truly a family business,” Anderson said. “That’s not going to change.”

Offerings include a traditional beef empanada, along with pork chorizo, apple and guava, and chicken with sun-dried tomatoes. It also prepares fried plantains, mango salsa and coleslaw, and virgin piña coladas.

With the expanded space, Anderson said, the family will expand its menu for the permanent establishment and food truck, as well as accept larger catering jobs. Prior to finding its current location, much of Happy Empanada’s prep work was completed at Kitchen Thyme, a local commercial kitchen.

“We basically plan to use much of the space as a commissary kitchen to prepare food for the food truck and help expand our catering business, which is the bulk of where our business comes from,” Anderson said.

Anderson could not disclose how much is being spent to overhaul the Southside storefront, but said the area’s growth is encouraging.

“That was one of the main reasons we wanted to come over here,” she said. “There are so many neighborhoods around us and not very many food options available.”

Food options in the Forest Hill and Forest View neighborhoods have expanded in recent months.

Little Nickel, a restaurant planned by restaurateurs Johnny Giavos and Chris DiLauro, who with Manny Mendez co-own The Galley restaurant nearby, is in the works in the former Cielito Lindo Mexican restaurant space at 4702 Forest Hill Ave.

And Galley To Go, a concept also owned by the Giavos, DiLauro and Mendez trio, is now open in the former Mandarin Palace space next door to The Galley at 2811 Hathaway Road.