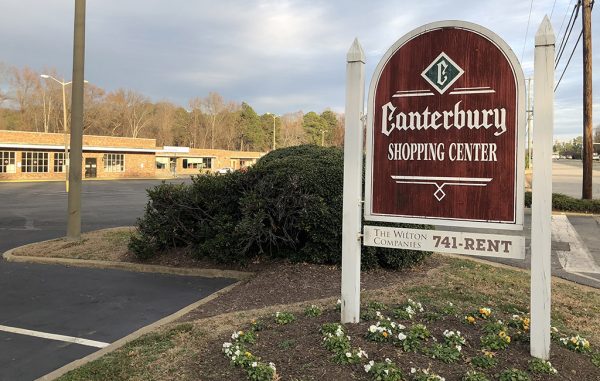 The Canterbury Shopping Center is set for a renovation in coming months. (J. Elias O’Neal)

A longtime West End auto repair shop soon will be closing to make way for a national donut chain.

Canterbury Service Center, a fixture for nearly 50 years at 10600 Patterson Ave. in Henrico County’s Tuckahoe area, is wrapping up operations as Dunkin’ Donuts prepares to take over the site with a new store.

Owner Mike Morris said he has no plans to revive the auto repair facility at a new location, and will pursue other business ventures upon its closure.

“It’s time to do something different,” Morris said. “I want to take a break from auto repair.”

The shop was established in 1969 as a full-service Texaco gas station while Patterson Avenue, also known as Route 6, was a two-lane road connecting Goochland to Richmond.

“It was mostly country,” Morris said. “There wasn’t much around here back then.”

While Morris owns the shop, local real estate firm Wilton Cos. owns the station’s half-acre site at the Pump Road and Patterson Avenue intersection and worked the deal to land Dunkin.

“This project is going to be a really good addition to that intersection,” said B. Hunt Gunter with The Wilton Cos. “It was a tough decision … Canterbury has a long history at that location, but this is the right use for that intersection going forward.”

To ready the site for a 2,000-square-foot Dunkin store, Gunter said, Wilton was granted approval in October by the county to rezone the property to allow for a drive-thru. 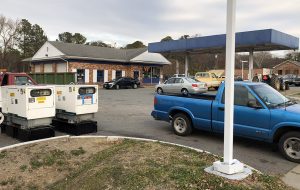 Wilton will lease the property to Dunkin’ Donuts. Gunter said the firm is mulling whether to incorporate part of the Canterbury Service Center’s structure into the design of the new shop, or to raze the entire site.

Bringing Dunkin’ Donuts to the immediate vicinity is phase one of a larger plan Wilton has to breathe new life into the intersection.

“It all depends on the anchor,” Gunter said, without disclosing potential tenants.

Because of the area’s access to Richmond and Route 288, Gunter said, retail interest is growing along the Patterson Avenue corridor.

“Retailers are looking to Patterson Avenue for new deals, and that’s exciting because there has been a lot of new and pending residential growth in the area,” Gunter said.

Wilton also is well-positioned to corner much of that new commercial growth as one of the largest commercial property owners along the Patterson Avenue corridor between Route 288 and Parham Road.

Among its nearby holdings are the Maybeury North and South shopping centers along Patterson Avenue, as well as the Beverly Hills retail center at the Patterson Avenue and Parham Road intersection.