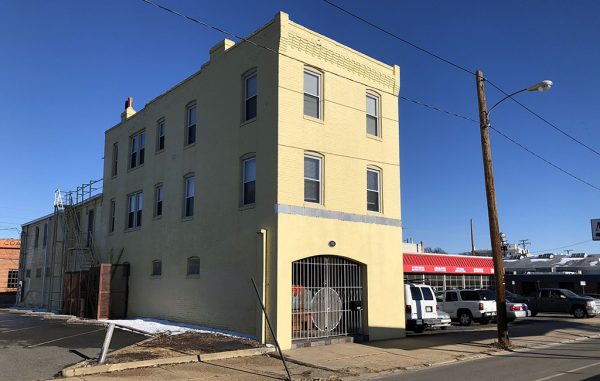 A local motorcycle apparel company geared toward women is rolling out of Scott’s Addition in search of a larger, more functional space.

“We’ve been here for three years, and we’re sad about leaving Scott’s Addition,” Smith said. “It’s just time that we find a space better suited for our needs.”

Smith and Saunders purchased the property for $390,000 in 2015, the same year they launched the company and their main product: abrasion-resistant jeans. They’ve listed it for $900,000.

The clothes are produced at the Broad Street facility, which includes a small retail area on the ground floor.

Smith said the five-person company continues to grow and the building’s narrow configuration is no longer compatible with its production process.

“For apparel production, it’s not a very good setup for us,” Smith said, adding that the ground floor and second floor were designed to accommodate retail, office and studio operations. “We’re in shape since we’re always running from the back to the front of the building, but from a production stand point, it just doesn’t work for us.”

Worse for Wear’s production facility is on the first floor and Smith said the second floor includes a few studios that are leased month-to-month to tenants, including leather goods retailer Awl Snap.

A 900-square-foot, one-bedroom and 1½-bath apartment occupies the third floor – serving as Smith and Saunders’ residence. 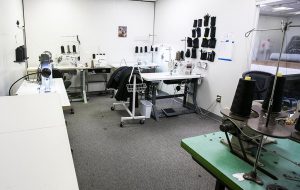 The ground floor includes a production space. (Worse For Wear)

She said the new location likely will shed Worse for Wear’s retail storefront component in favor of accommodating clients by appointment.

Nathan Hughes of Sperity Real Estate Ventures has been retained to sell the property, which was renovated by Smith in 2015.

Much of Worse for Wear’s growth is attributed to online sales via their website, and key partnerships with other designers such as Jenna Steller, founder of Los Angeles-based Stellar Moto Brands, a well-known West Coast women’s motorcycle apparel company.

Last month, Smith and Steller wrapped up their “Cover Your Assets” event, a two-week pop-up tour through California, Oregon and Washington. She said the event produced orders and helped grow her Richmond-based brand on the West Coast.

“It was a great event that generated a lot of interest,” Smith said.