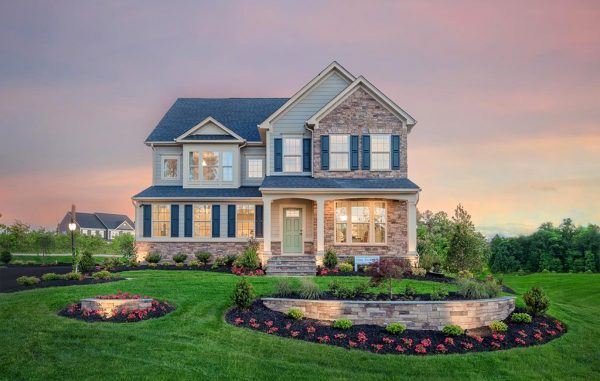 A sample home in the Tarrington on the James residential development. (Ryan Homes)

Having settled a dispute with Chesterfield County that shaved off two of its planned home lots, a Midlothian development more than a decade in the making is moving forward with its final phase.

Construction is underway on the last three sections of Tarrington on the James, a 740-acre residential community along Robious Road beside James River High School.

The sections, which are closest to the James River and the neighborhood’s completed riverfront park, represent the last 81 lots of Tarrington’s 708 total home sites.

The development had been planned for 710 at buildout, but that number was reduced by two last year after county staff determined a stream through the final sections has “perennial” flow, requiring a 100-foot buffer to ensure environmental protection.

The finding last spring had made nine parcels within Tarrington ineligible for development, according to a Chesterfield Observer report. But Richard Nuckols of Realty Ventures Group, the Richmond-based developer behind Tarrington, said they ended up losing only two lots in one of the sections.

“We did lose a couple of lots based on the water quality issues regarding perennial streams, but we worked that through with the county and our engineers,” Nuckols said. “Everything else meets all the necessary criteria.”

Nuckols said site work should wrap up in the next several months, opening the sections up for builders to start construction. Reston-based Ryan Homes is building 65 homes in two of the three sections, and Nuckols said the final section of 16 lots would be built by either Ryan or one of Tarrington’s six other approved builders. 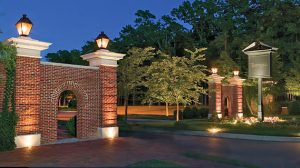 “We’ve got about 120 lots left to sell in Tarrington,” Nuckols said. “We are hoping to wrap Tarrington up in the next two years, as far as sales go.”

He said RVG has enlisted local real estate brokerage Shaheen, Ruth, Martin & Fonville to sell the remaining homes and sites. He said RVG broker Lee Rousseau recently transferred his license to SRMF when the Henrico-based brokerage, which launched last year, approached them about a relationship.

“They just have a little more energy than we do at this point, and they’re much more technologically savvy,” Nuckols said, noting RVG has had its own brokerage arm since 1984, when he and fellow principal Herbert Fitzgerald started the firm.

Nuckols said Tarrington had about $11 million in sales the first quarter this year, representing 16 houses sold. Homes in Tarrington range from the $400,000s to upwards of $1 million.

Ryan Homes’ sections, called River’s Edge at Tarrington, will consist of houses ranging from 2,600 to 5,000 square feet, with prices starting at $440,000. The company started sales earlier this year and was on track to sell 20 by the end of last month, with sale prices averaging at about $525,000.

The sections aren’t the first homes in Tarrington for Ryan, which previously built 30 homes in a section designated for 55-and-up residents. The company is aiming to finish its River’s Edge homes in the next two years.

While RVG is nearing the finish line for Tarrington, which it started developing in the mid-2000s, the company is looking ahead to its next residential project: a 500-lot development called Swift Creek Station, previously known as Holly View, planned for 185 acres at Hull Street Road and Route 288.

What’s going to happen when sinkholes start showing up from all of the old unmarked coal mines?

If there are mine shafts, they can (and should) be located prior to development and avoided or abated as necessary.