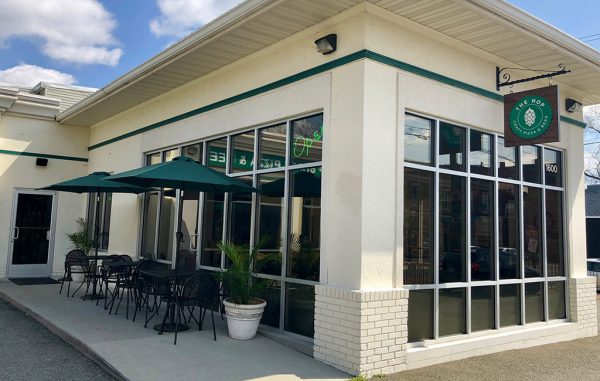 A former accountant has made his leap back into the local food scene.

“The goal was to have something for everyone,” said Byrne, a VCU grad who left his career as an accountant to launch the venture. “We wanted to create something for the area that would be a quick place to grab lunch, or grab something on the go.”

To beef up its sales and bring attention to its alcohol selection, Byrne said, The Hop also will deliver beer and wine sold in its retail store.

“We feel this is going to set us apart,” he said.

Byrne said patrons don’t need to purchase food to have beer and wine delivered to their residence, but emphasized the purchaser must be of legal age to consume alcohol.

“The (delivery) drivers are trained to ask for a valid ID before the transaction is complete,” he said.

He added that if the delivery driver doesn’t trust the validity of the ID given, a second identification would be requested before the alcoholic transaction is cancelled. 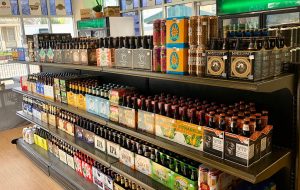 The Hop will deliver beer and wine sold in its retail store. (The Hop)

Delivery for now is limited to the VCU area, the Fan, Manchester, Scott’s Addition and parts of Jackson Ward and Church Hill.

Among the pizza on its menu is the “#1 Stunna,” made of hot Italian sausage, salami, soppressata picante, roasted red pepper, ricotta, chili flake and hand-crushed tomato sauce.

On top of pizza and brews, the location also will host various breweries for tastings in the retail store, Bryne said.

The new business employs about 15 people, he said, including four delivery drivers.

After his time as an accountant, Byrne said it’s refreshing to be able to start his own business, and is looking forward to growing the brand in the neighborhood.

“It’s been two years in the making, and we’re glad that we’re open.”