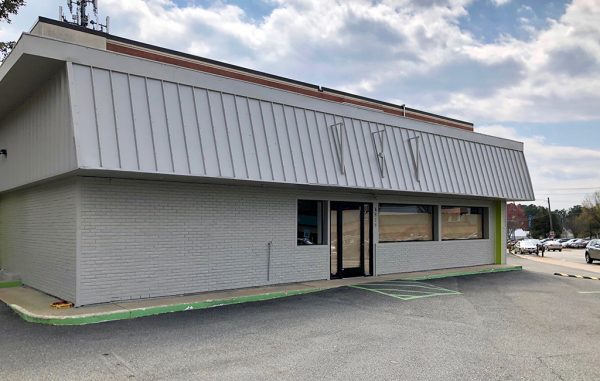 Billy Fallen knows how to make dough – and this time he’s betting big on pizza.

The namesake and former owner of well-known local bread brand Billy Bread and his wife Katie are preparing to launch Billy Pie, a pizza restaurant at 6919 Patterson Ave. in the West End, while expanding the distribution of their line of frozen pizzas to area stores and restaurants.

Billy Pie will fill the 1,700-square-foot space once occupied by Goin’ Bananas Frozen Yogurt and Donut Hut, which closed in 2015. The property was most recently home to a Green Drop donation center.

“I can remember going there 40 years ago when it was Steak & Egg,” Fallen said of the corner of Patterson Avenue and Three Chopt Road. “You really can’t beat the visibility and the surrounding density with U of R nearby.”

The 40-seat restaurant is slated to open by mid-May.

Menu items include seven pizzas, such as Margherita, hot Italian and white, Fallen said. He added the menu also will include three salads and four antipasti dishes, and a bar with draught beer and wine.

“We designed it to be the neighborhood’s pizza joint,” Fallen said, adding that Uber Eats will handle delivery to surrounding neighborhoods. “We really worked to keep the menu simple, so people can find something that appeals to them.”

Billy Pie is an expansion of the Fallens’ pizza kitchen at Triple Crossing Brewing’s Fulton Hill taproom, which opened in late 2016.

It was there earlier this year that Fallen decided to try something different, and stumbled upon his frozen pizza venture. 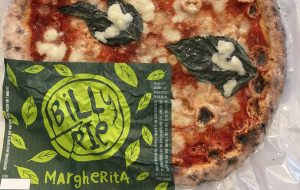 “I was trying to figure out how to keep my guys busy during Monday, Tuesday and Wednesday besides cleaning the floors and the equipment,” he said. “So we started to pre-make pizzas and freeze them.”

He then worked out agreements with Ellwood Thompson’s, Outpost in Forest Hill, Union Market in Church Hill and the Little Green Grocery in Bellevue to begin selling frozen Margherita and pepperoni pizzas.

“We wanted to see how they were going to be received,” Fallen said. “So we started with those two just to test the market.”

They were a hit, he said, and now the couple plans to add frozen white and veggie pizzas to its offerings.

Fallen also is working with regional restaurants, including The Cask Café in the Fan and Charley’s Waterfront Café in Farmville, to bake Billy Pie frozen pizzas.

“We purchased them a Turbo Chef [oven], and they bake our frozen pizzas at their restaurants to sell,” he said.

The frozen pies will be made for distribution in the new restaurant and also sold onsite and at Triple Crossing.

The couple plans eventually to distribute to larger grocers.

“I have a relationship with Kroger and Whole Foods with my time at Billy Bread, so I would probably start there when the time comes,” Fallen said. “Right now, I don’t want to grow too big and not be able to provide enough product.”

Great news. Walkable destination from nearby neighborhoods. Hope they run off the panhandlers.

Rats. So much for dieting.

I miss Steak and Egg kitchen, it was at that spot for ever. Hopefully Billy Pie will have a good long run, the Pizza is great down in Fulton.

The FroYo was a fad, and the donation center was a strange use (the center said I was wrong they had lots of demand) but awesome pizza place. Heck yes! Do you all need any help painting the place or set up the tables. Looking forward to Billy Pizza!

Busy intersection. Terrible access to the parcel. Hope this place does well.

Best of luck to you, Billy!

I first encountered you in at a display of your bread in Kroger a few years ago. You just said “Hi, I’m Billy and this is my bread.” Man, what bread it is.

A great Richmond story and I look forward to trying the pizza!