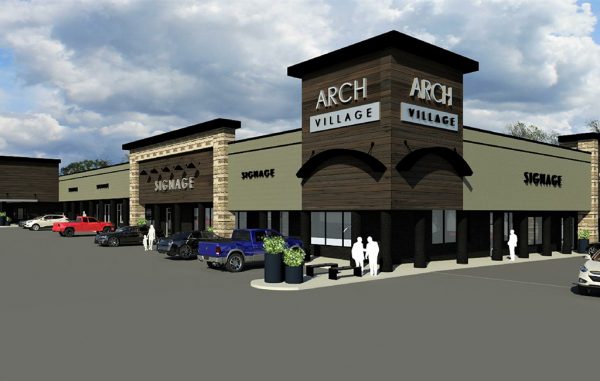 A Midlothian shopping center is getting a makeover after luring a national tenant from a neighboring retail strip.

Drask Realty is planning improvements to the 40-year-old Arch Village Shopping Center at 9131-9219 Midlothian Turnpike to make way for Starbucks, which will build a new store within the 6-acre development to replace its location at the Shops at the Arboretum.

David Galpern, owner of Drask Realty, said Arch Village will get nearly $500,000 in renovations to its façade beginning next month, and will replace the center’s dated signage along Midlothian Turnpike.

Starbucks is planning to construct $750,000 to $1 million, 2,500-square-foot store with a drive-thru on a sote near the intersection of Arboretum Place and Midlothian Turnpike. Its site plans are pending approval by the county’s planning department, Galpern said.

Two entities tied to Drask Realty acquired Arch Village in October 2016 for $4.9 million, according to county records. The sale did not include the Exxon gas station at the corner of Midlothian Turnpike and North Arch Road.

Drask has retained S.L. Nusbuam brokers Elliot Warsof and Nathan Shor to lease the shopping center, and Drask will maintain and manage the property.

The 55,500-square-foot retail strip was Drask’s first commercial real estate foray in Virginia. Galpern said seven of its 13 units were empty at the time and it was showing its age.

“It needed to be overhauled to compete with the inventory in the area,” he said. 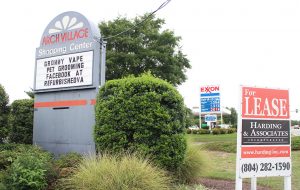 The retail center is now nearly 86 percent occupied, with one vacant storefront – an 8,400-square-foot unit that can be subdivided for multiple tenants or leased to one user, Galpern said.

Galpern said finding “Amazon-proof” retailers was key in leasing up the shopping center swiftly, adding its location along Midlothian Turnpike played a role in catching the attention of several retailers.

“Many of the tenants we have in place, and want to bring to the center, are mostly services you can’t get on Amazon,” Galpern said. “The Midlothian [Turnpike] corridor is one of the strongest retail corridors in the region. It proves that despite what’s happening with online sales, there is still demand for physical retail in the area.”

Drask has tapped Development Construction Services as the general contractor for the improvements to the center, and Ionic DeZign Studios is the architect.

Amazon Proof?? No Amazon doesn’t sell groceries or furniture. American Freight stores do come and go and as Midlothian around the Powhite continues to decline the prime retail stores with move further and further west and the discount stores will replace them. However kudos for the investment and its look nice.

Amazon does indeed sell groceries (including fresh meat and vegetables) as well as furniture.