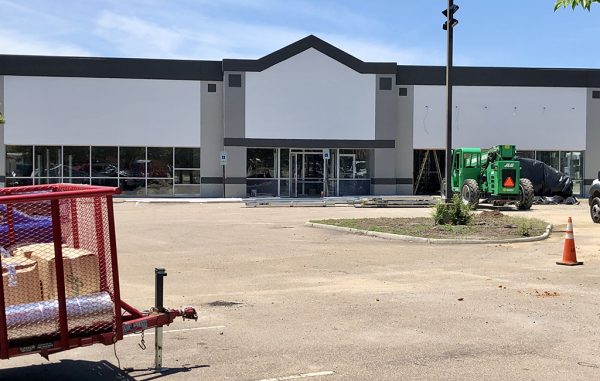 A local nonprofit and a seasoned development company are bringing a dormant movie rental shop back into focus with a deal anchored by a restaurant chain’s first Chesterfield location.

Willis Blackwood, president of Blackwood Development, said more than a third of the property will be filled by Zoes Kitchen, a fast casual restaurant known for its Mediterranean-inspired food.

The Texas-based chain has been growing its metro Richmond footprint for nearly four years, with two locations at Willow Lawn and Short Pump.

“They are a great addition to what’s available in the area,” Blackwood said. “We’ve been talking with them since the fall of 2016 about this location.”

The remaining 3,800 square feet of the retail space can be subdivided to accommodate multiple tenants.

Located at the intersection of Robious and Huguenot roads, the property is owned by Conexus Vision, a nonprofit formerly known as Prevent Blindness Mid-Atlantic. It was granted ownership of the building and its 0.8-acre lot about 20 years ago by the R.L Dewey and H.B. Reed Trust of Norfolk, according to county records.

As part of the arrangement, money collected from tenants would go back to the nonprofit’s real estate foundation, which would use the proceeds for upkeep of the property and to support the organization’s mission of eliminating vision problems in children across the state and metro Richmond. 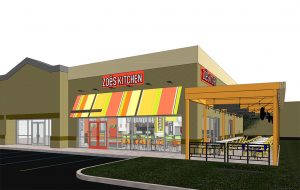 Blockbuster was the primary tenant until its closure around 2012, and the building has been vacant since.

That’s when Blackwood, a member of the group’s real estate foundation, was asked to step in to oversee management of the asset and find ways to repurpose the property, which will continue to be owned by Conexus.

“We knew it was in a great location,” he said. “We just needed to find a better use for the building other than it being a single-use tenant.”

Blackwood helped the organization secure a nearly $1 million loan from Xenith Bank, which is now part of Union Bank & Trust, to overhaul the property.

“It’s a construction loan,” he said. “We’re going to be redoing the landscaping, we’re upgrading the water and electric lines and repainting the structure as well.”

The restaurant will have some competition from other recent arrivals to that part of town.

A mile south, the TownePlace at Huguenot development is home to Mellow Mushroom, Cava Mezze Grill and the region’s first location of the First Watch chain.

The property also is surrounded by several national grocers and retailers, including Kroger, Starbucks and Outback Steakhouse.