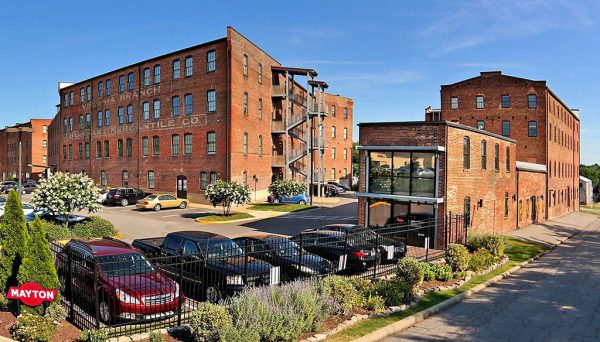 An Innsbrook-based real estate firm stayed local for its latest acquisition, striking a deal with one of the biggest players in the Petersburg redevelopment scene.

The seller was a group made up of Waukeshaw Development, a company run by Dave McCormack, along with Axis Development’s Tony Collins. They began redeveloping the building a decade ago.

The three-building complex and its 3 acres were most recently assessed by the city for about $5.2 million.

It’s the highest-priced sale of a commercial property in 2018 in Petersburg, according to city records, and Capital Square’s first acquisition in the city.

Tom Rosman and Ryan Rilee with One South Commercial represented the seller.

Constructed in sections beginning in 1911, the complex first served as a distribution and warehousing operation for the nearby railroad as a key point of entry for goods sold in the Petersburg area. 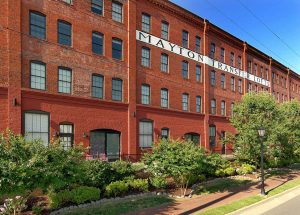 The developers bought the site from the Mayton family after 70 years of ownership.

The property had several owners up until the 1930s, when it was purchased by T.W. Mayton, the area’s most prominent business figure at that time. His family operated from the buildings for more than 70 years, McCormack said.

Waukeshaw and Axis purchased the property from the Mayton family in 2003. Using historic tax credits, the two firms co-developed the four-story buildings into market-rate loft apartments in phases, completing the initial launch of 43 units in 2008. They completed the $26 million in 2012. It was 97 percent occupied at the time of the sale.

Waukeshaw has been a pivotal player in the revitalization of the city’s Old Towne, rehabbing several derelict properties into viable businesses that include Trapezium Brewing Co. at 423 Third St. and Demolition Coffee at 215 E. Bank St.

Looking to tap into the local demand for malted barley, the development firm also plans to open Big Trouble Malting and Spirits in 14,000 square feet of an old muffler shop across the street from its Bank Street coffee shop this fall.

The firm also has several renovation and conversion projects in various stages of work across south, central and western Virginia and North Carolina.

“When I first came here, this section of Petersburg, from Sycamore Street east to Interstate 95 was a ghost town,” McCormack said. “Back then, Petersburg was not a place to invest. Several market studies said the area had no market value.”

McCormack admits he often got stares when he talked about his real estate ventures in Petersburg, but knew eventually the area would capture the attention of investors.

“It took some time,” he said. “But I feel like things are starting to move in the city’s favor, and that’s good for the entire region.”

Rosman, who also has invested in the Petersburg area, agrees, adding that the $21 million sales price could be a turning point for sellers with well-maintained assets in the city.

“This sale shows a large amount of confidence in Petersburg,” Rosman said. “To have someone like (Capital Square) see the value in this asset is remarkable for this city.”

Run by Louis Rogers, Capital Square purchases commercial real estate and then sells shares of ownership in each property to pools of investors looking to cash in on so-called 1031 exchanges.

The company owns nearly 70 properties across the United States, the bulk of which are outside of the Richmond region. Its other local holdings include Perry Place apartments in Manchester.

Capital Square this month garnered private-equity funding to help it close a pipeline of deals that Rogers said totaled $100 million.

Rogers could not be reached by press time for comment on the Petersburg deal.

I have friends who live there and they like it very much. That area has seen tremendous growth in that area. Still a long way to go, but it’s great to see business and economic development in Petersburg.

This makes sense, because these developers own a lot of run down historical structures in the area and all of a sudden yesterday there was movement at all of them. Can’t wait to see what happens here in 12 months. With the cambria hotel project set to be completed in 24 months the renovation of the YMCA and the exit 52 up grade this city will be a different place.

Petersburg may have turned the corner once again. It would appear that real estate has done so and let’s hope the government is in better hands now. Investors are giving the properties there a serious look. Congrats to our friends at OneSouth for the sale, as well as to Dave and Tony.

It’s no wonder Petersburg is financially strapped; how do they reconcile an assessed value of 5.2mm with a sales figure of 21.5mm?

Kyle, other localities don’t seem to have this delta in the assessed vs. market value. They seem to be better able to account for the cash flow generated valuations into their assessments than Petersburg has in this case.

Kyle, using your costs basis reasoning, a vacant lot in Manhattan with a dumpster on it would be valued at what $10,000?

Kyles’ example was for just this case, as you know propety values and sales price have many factors. Currently the location has had almost full occupancy consistently due to its location to fort lee. As there are not many units for soldiers who live off base.

Fred – in the event there was a vacant lot in Manhattan with a dumpster on it, it would be worth whatever someone was willing to pay for it. If the parcel were zoned in a desirable way, located in an ideal place or next to an adjacent property owner who needed additional acreage to expand their footprint then the situation definitely exists where they would pay more than the assessed value. In my previous post I was just stating that there are a lot of factors that go into the sale price of a piece of property, the assessment… Read more »