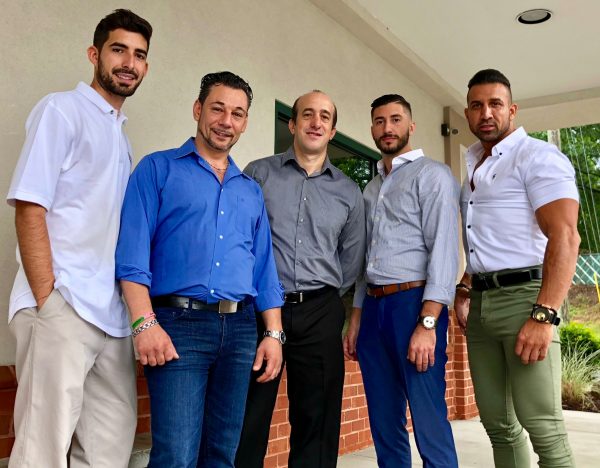 A group of investors made up of mostly restaurateurs has put a new retail and office project on the front burner in Hanover County.

Capital Up Investments, comprised of 11 family members and close friends who own several businesses and restaurants across the region, is preparing to break ground on a 10-acre commercial development in the Montpelier section of the county along U.S. Highway 33.

Dubbed Montpelier Villa, the 86,000-square-foot development will include a mix of retail, office and restaurant tenants.

“When you see the growth that is coming up from Short Pump, it makes sense to move forward with a project of this size,” said Giuseppe Giambanco, an agent with Hometown Realty | HTR Commercial and co-owner of Roma’s Italian Restaurant in Henrico County. He is leasing and overseeing the project.

“The area is set to grow, and the need more for commercial development is there,” he said. 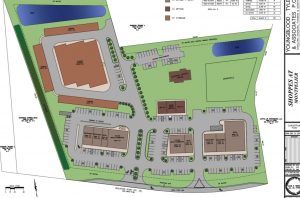 Montpelier Villa will be Capital Up’s largest project and its first ground-up development since forming in 2017.

Giuseppe is president of Capital Up, while Massimo Giambanco, owner of Tony’s Italian Restaurant in Innsbrook, is the vice president.

Since launching last year, the firm has acquired five properties, including a mixed-use building at 701 W. Clay St. in the Carver Community and a single-family residence at 618 E. Gladstone Ave. near Brookland Park in Richmond. Construction on Montpelier Villa could begin in about one year.

The group is seeking to rezone about 5 acres of the property that’s designated agricultural to commercial, Giuseppe said, a process that could take about nine months to complete, and must receive approval from the county Board of Supervisors.

A 4,200-square-foot office building already exists on the property, which has been maintained and recently subdivided to accommodate additional office users – including a new Edward Jones branch that’s taking 950 square feet in the building. The other two spaces are awaiting tenants.

Mechanicsville-based Youngblood Tyler & Associates P.C. is engineering and designing the project. The group is searching for a general contractor for the development.

Members of the group have invested about $400,000 of their own capital to acquire properties across the region, including the Montpelier tract, which it purchased for about $635,000, Giuseppe said. They received additional financing from Peoples Community Bank and Sonabank.

Located across the street from the Food Lion-anchored Montpelier Shoppes, Montpelier Villa would be constructed in phases, Giuseppe said.

A 12,000-square-foot retail center fronting U.S. 33 would kick off the project, where the group is hoping to attract a freestanding bank building, a drive-thru chain restaurant or a coffee shop, along with other retail and office users.

“We have a potential Mexican restaurant interested in the development,” Giuseppe said of the initial phase, adding that demand would drive the remainder of the project.

Montpelier Villa also calls for the development of a climate-controlled storage facility. While Capital Up has not secured such a user for the project, Giuseppe said the group would be interested in leasing, or selling, part of the 10-acre parcel to a builder that can deliver a storage facility.

“We want to make the community happy and bring to the community what is missing in Montpelier,” Giuseppe said. “Getting this project started is part of that process.”

Happy to see continued growth in Hanover. This will be a good fit. Just keep it classy.

Keep this crap in Short Pump! Montpelier is a small, quaint town and we like it that way. We do not want or need this type of development. We live in the country for a reason. IT’S NOT SHORT PUMP and we would like to keep it that way!!!

I agree 100%. The town is only 14 miles. Take it there . I grew up in a big city in Italy and I love living in a town that people know each other., most people are still polite to each other. It’s a small country town. So take your project elsewhere- we don’t want it- I’ll be one of the first people to let the county officials know my opinion. The investors are all about their pockets and being greedy. They couldn’t care less about “the growth or people of Montpelier “. I also find it way to convenient… Read more »

14 miles seems like a long trip to the bank (especially an ATM), coffee shop, quick serve restaurant or mini-storage.

There are two ATMs in Montpelier already. I don’t mind going to town if I need to do banking and shopping. It is worth it to me to keep Montpelier small and quaint. We have already been invaded by another pharmacy. They don’t know you, your name, or care for the customers like Jane and her staff at Montpelier Pharmacy. They know who you are and what you need.

I like that and don’t want it to change.