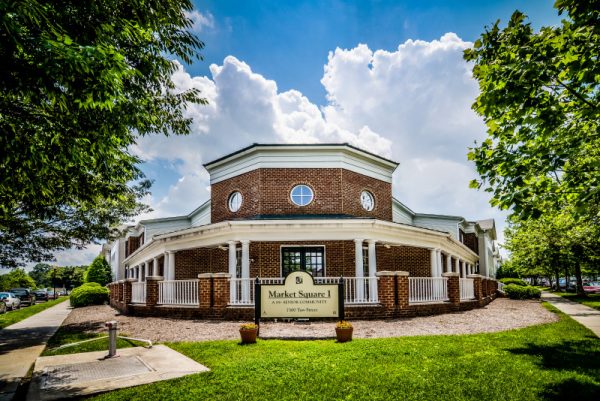 Looking to cap off one of its earliest projects, a local nonprofit development firm is preparing to install its last planned building in a north Chesterfield County apartment complex.

Richmond-based Better Housing Coalition is launching the final phase of its 14-acre Market Square community near Jefferson Davis Highway and Alcott Road with the construction of a $9 million, 60-unit apartment building for people over 55.

The three-story structure is set to rise on a 3-acre site at 7400 Taw St., wrapping around an existing pocket park in the development.

Construction is set to begin during the second quarter of 2019, said Greta Harris, Better Housing Coalition president and CEO.

“We originally envisioned a grocery store going on the site,” Harris said. “But between the traffic counts and disposable incomes of the residents that live in the surrounding area, we couldn’t make it work. Transitioning the site to accommodate more-affordable senior housing was more suitable for this property.”

Richmond-based Winks Snowa Architects is designing the building. Better Housing is finalizing its search for a general contractor. Timmons Group is the civil engineer. 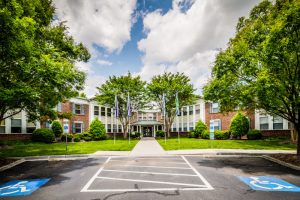 The development will be a mix of 51 one-bedroom units and nine two-bedroom apartments. (Courtesy of Market Square)

About $5.5 million of the project is being financed through low-income tax credit equity, while $2.8 million is coming from financing through the Virginia Housing Development Authority. The remaining balance for the project is from equity raised by the BHC.

The apartment building will be the fourth structure dedicated to low-income senior housing in the development, which has taken about 20 years to build out, Harris said.

As part of phasing out Market Square, Bolton said BHC is set to kick off a $2.5 million renovation of the 105 units at the Taw Street buildings early next year.

BHC also is preparing to relaunch plans to develop about 30 acres it owns north of Winchester Green at 2900 Alcott Road into a potential mix of rental apartment units and for sale single-family housing lots. Harris said site plans have not been finalized.

“We are still having discussions with the stakeholders of Chesterfield County about those plans, and reimagining what we would like to put there,” Harris said.

Plans from 10 years ago called for the site to be a 105-lot single-family subdivision, Harris said. But the housing market tanked, forcing the organization to shelve the plans.

The BHC rents units to about 1,000 people over 55, Harris said, and 100 percent of its units dedicated to fixed-income seniors are fully leased.

Harris said the high occupancy rates highlight the region’s affordable-housing crunch as more market-rate apartments, many with average rents exceeding $1,000 a month for a one-bedroom, continue to hit the market.

“Many of the seniors we serve have an average annual income of $14,000 to $17,000 a year,” Harris said. “When you factor in rent, medicine and food, there’s not much left. Moving into an apartment that costs over $1,000 is not attainable or affordable.”

As part of the pending Market Square IV building, Harris said future residents also will have access to support services, such as dental services and heart screenings, through BHC’s partnerships with the American Heart Association and Chesterfield-based Lucy Corr.

“Providing medical services helps assist our tenants to age in place with dignity,” Harris said. “We’re very pleased to receive the tax credits to begin construction on these 60 units.”

We’re in a real crunch for affordable product for fixed income seniors. The VHDA has shied away from funding those through LIHTC recently and its created a jam in the market. Nearly every community is full. Another source needs to be found. Once filled the communities stabilize for the long term.