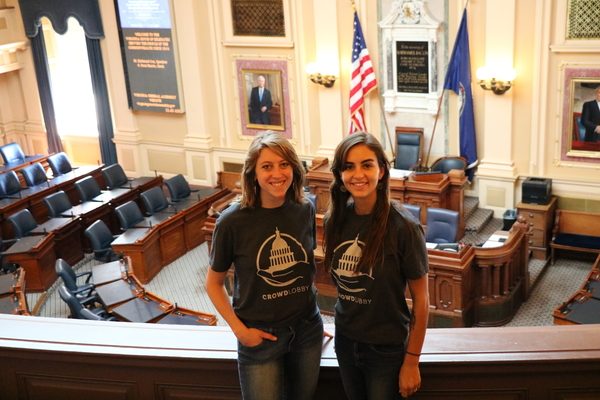 Heidi Drauschak saw the effectiveness of lobbying thanks to her internships with the Office of the Attorney General and McGuireWoods.

She also observed that much of it was done on behalf of corporations rather than for individuals or smaller groups.

“By nature of the industry, most of the clients tended to be corporate,” Drauschak said. “I kept thinking ‘Gosh, if you could give everyday people access to this …’”

So she and Sam Biggio, a fellow University of Richmond law school graduate, launched CrowdLobby, an online platform and app. It uses crowdfunding to connect everyday people who can pool their money to hire lobbyists for issues they care most about. The website went live with a soft launch last month and a phone app is expected to be available for download within a month.

“I always say we have such a bad taste in our mouths about lobbyists – because it works,” Drauschak said. “Most of the time it’s been for corporate and special interests. We’re just democratizing it.

“We landed on crowdfunding, not only because it’s become so popular, but (also) it’s a democratic way to create a coalition of people who are passionate,” she said. 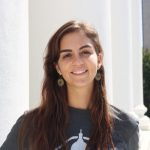 Drauschak dreamed up the app over a year ago while she was in law school at UR. Biggio joined the venture and together, they self-funded a few thousand dollars. Over the summer, they hosted launch events around Richmond, Washington, D.C., Northern Virginia, the Philadelphia area and San Francisco. They also kicked off a Kickstarter campaign that raked in about $30,000.

Drauschak said the company has budgeted about $20,000 for its launch, and the remaining Kickstarter funds will cover marketing and administration costs.

The site has picked up a couple hundred active followers since the soft launch, taking up issues in Virginia and D.C., such as term limits for Congress, legalization of marijuana and reinstatement of net neutrality.

Drauschak said the company is rolling out in phases in order to demonstrate its effectiveness by seeing some of the current lobbying efforts through the end of the process.

“We want some issues to get through the whole process to showcase how effective it can be, and then grow,” Drauschak said. After that, the company plans to more aggressively advertise itself. 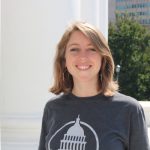 “When you have people come into the site who are just interested in CrowdLobby, that might not give them the incentive to contribute any money,” Biggio said. “But if someone is really interested in something, like education reform, then they might be passionate enough about it to contribute a few dollars to the cause.”

Though Drauschak and her team wanted CrowdLobby to be a nonprofit, that won’t happen because the Internal Revenue Service prohibits 501(c)3 nonprofit status for organizations whose actions influence legislation.

Still, the app aims to be transparent about its finances and includes a breakdown of them on the website.

“We take a cut of every dollar that comes in through the app or website,” Drauschak said. “Once an issue is fully funded and reaches its cap, then we take a chunk of that money to sustain our operations.”

Draushack said the bulk of money for each issue would go to the lobbyist, while CrowdLobby retains 25 percent for website maintenance, marketing campaigns and administrative costs. She said the company eventually would like to decrease the percentage of its cut.

“We are not paying ourselves at this time and are truly only committed to the company’s sustainability, not profits,” Drauschak said.

Once an issue reaches its goal, CrowdLobby reaches out to lobbying firms. Interested lobbyists are vetted and their information is posted for the issue, where the crowd votes for who it wants to represent its issue.

“Any lobbyist can submit an application to us to be considered,” Drauschak said. “We have already heard from many lobbyists – even before a campaign is successful – so we are not worried about interest from lobbyists.”

CrowdLobby only charges its participants if an issue reaches its monetary goal and a lobbyist is hired.

Both the website and app are free to access. Customers can donate an amount of their choosing; there is no minimum requirement. Drauschak said there is a cap on how much money can be individually contributed for issues at the state and federal level, at $5,000 and $10,000 respectively.

“The idea being those are large amounts,” Drauschak said. “We wanted to set a limit so that one individual or a couple could come in and run a campaign.”

Among its current campaigns, the fund for congressional term limits has raised $1,495 from eight people toward a $250,000 goal.

Clients can join or submit a campaign issue and participate in choosing a lobbyist who will update them on the process as they advocate for an issue.

Drauschak is grateful to the resources and mentoring programs that Startup Virginia offered, but she decided her company could best utilize funds that would have gone towards membership for outreach efforts. Her team now primarily operates virtually.

“The lobbying industry is a beautifully set up industry to handle this type of a venture,” Drauschak said. “I just think it hasn’t been tapped yet. This was an opportunity waiting to happen.”

This seems like a great idea and a unique opportunity for common folk like myself to come together in support of a particular issue. Looking forward to see how effective it is.