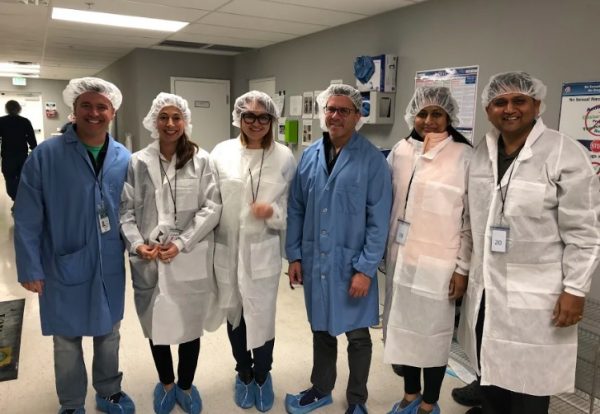 A planned medical cannabis facility in Manchester likely wouldn’t be coming to fruition without the efforts of a local real estate broker, a granite countertop company owner and a healthcare IT executive.

A group led by Angel Papa, Ausrine Kuktelionyte and Sunita Gupta, who each were already involved in their own respective local companies, saw an opening to get in on a new industry coming to Virginia after Gov. Ralph Northam passed a bill allowing five medical cannabidiol (CBD) oil-processing dispensaries to operate in the state.

According to Papa, she and her colleagues met the folks running Green Leaf Medical, a Maryland-based dispensary company, through a mutual acquaintance.

Papa said she was intrigued, and she and her partners traveled to conferences around the country to learn about CBD technology and the cannabidiol oil industry.

“I find this industry to be fascinating,” Papa said. “The scientific and agricultural aspects of the business are interesting and exciting to me.”

The conversation with Green Leaf progressed quickly from there and the two sides joined forces to apply for one of the coveted licenses and bring a CBD facility to the Richmond market.

“We were immediately impressed at how open and transparent they were,” Papa said. “They invited us to their Frederick, Maryland, grow facility for a tour, and the conversation quickly changed to partnering up in Virginia.”

The women formed Virginia Pharmaceutical Processors (VPP), an LLC they operated under as they worked the real estate side of the deal, identifying a site for the facility and assembling a group of local contractors to design and build it. VPP then banded with Green Leaf Medical to form Green Leaf Medical of Virginia (GLMVA), which the women and Green Leaf’s Phil and Kevin Goldberg own together. 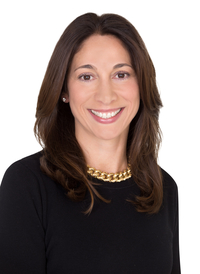 “One of the reasons that we wanted to partner with GLM is that each of us brings a different strength to the business,” Papa said.

“Because of our familiarity with Richmond, VPP was able to locate and secure a facility, obtain proper zoning, and put together a team of contractors that will assist us in getting this project off of the ground as expeditiously as possible,” she said. “We complement each other well and worked as a team to put together the most comprehensive application possible.”

VPP and Green Leaf worked on completing the application for the pharmaceutical processor permit together ahead of the June 8 deadline. Papa hand-delivered the application to the state’s Board of Pharmacy.

The group last month received preliminary approval to be the lone licensee for the state’s Health Service Area IV.  A total of 51 applicants vied for the five licenses statewide.

If officially approved, likely later this year, the venture will build a facility at a yet-undisclosed location in Manchester.

Phil Goldberg said he hopes the facility will be fully operational within nine months of official approval by BoP, which is expected sometime in November.

He said the projected cost of development for the facility is $16 million. It would house a growing operation and processing to produce oils that use one of the non-psychoactive components of marijuana, to be consumed by patients with a prescription from a doctor. Eventually, it will employ 75-100 workers.

The location will be disclosed in time while security measures are put into place, but both Papa and Phil Goldberg affirm there will be a storefront component where patients can pick up their prescribed products.

In alignment with the regulations, patients must make an initial physical visit to a dispensary before they have the option for prescription delivery.

Meanwhile, the women of VPP will be the “boots on the ground,” Papa said, and they expect the venture to fuse each of their backgrounds together.

Papa is an associate broker for One South Realty and is married to Fountainhead Properties’ founder Tom Papa. Kuktelionyte is co-owner of Oz Enterprises, a granite countertop fabrication company. Gupta is COO of eHealthObjects, a company that streamlines health information systems.

“It is an easy assumption that we will be evaluating the daily progression of the build out,” Papa said of VPP. “Once (GLMVA) is open for business, I am confident that our roles will evolve but for now, we are projecting that I will be in communications, Ausrine will be overseeing compliance and Sunita will likely work in the IT space.”

Richmond BizSense previously reported that Tom Papa was associated with a group that was vying for the license, and it turns out the group is VPP. Papa explained that her husband was helpful in securing real estate for the venture, but she doesn’t believe he plans to be involved in day-to-day operations once the site is live. Meanwhile, Gupta’s husband, Sanjay Mittal, CEO of local IT firm eHealthObjects, might take on some role that is yet to be determined.

As for the awaited BoP decision and approval process, Papa understands the caution as this new industry enters Virginia.

“They have a lot of info to absorb. I think they’re being cautious, which is a good thing,” Papa said. “We have plenty to do with construction and build out, and products we can sell. There’s a lot to discuss.”

Congrats to VPP, what you were able to accomplish is not an easy task. True Pioneers

This will be an exciting and rapidly evolving industry in the Commonwealth, especially considering that this venture is headed by women. It sounds like the leadership is showing wisdom in exercising restraint and caution as they move forward. One correction: patients will not receive a prescription from a physician. Patients will be evaluated by a physician who will determine if a patient could benefit from medical cannabis. The patient will then be given a certification, which is a formal statement that they have a medical condition that may benefit from medical cannabis. The patient must then register with the Board… Read more »

Is this a women-led company? If so, why do they have their husbands by their sides? This “women-led” company is an off-shoot of Greenleaf Medical which is owned by Phil and Kevin Goldberg ( Ausrine Kuktelionyte’s husband).

OR Scrubs? Come-on, not one person has any medical background. Deception before the “company” has even set foot in Virginia.

Why would anyone who has a medical condition (Lennox-Gastaut and Dravet) that can be treated with CBD, leave their current authorized prescriber and go to them?

When will the facility be up and running? I thought the mandate was for it to be operational by the end of 2019?