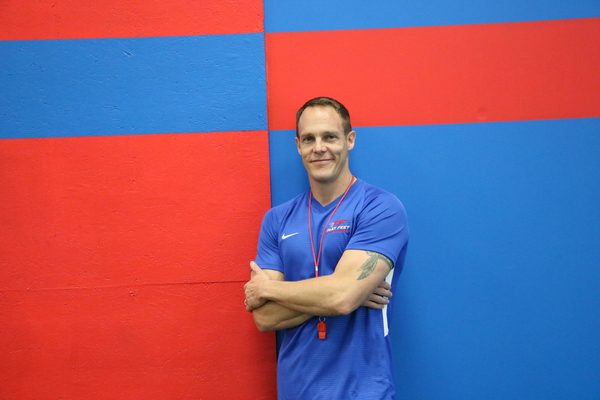 Joe Parker has been coaching most of his life as a hobby before coaching his daughter in soccer inspired him to form Fast Feet Sports Academy. (Charlotte Woods)

A former Chesterfield police officer and private investigator has turned his interest in coaching into a business venture.

The after-school program focuses on developing skills such as agility and teamwork for youth athletes. Activities include obstacle courses, team-building exercises and sports, with time for socializing and studying for school.

The academy is open to students ranging from elementary to high school. Rates range from $29 a day to $123 a week, depending on age group and amount of time spent at the facility.

The idea for Fast Feet percolated as Parker was out on investigations, jotting down notes in his phone during downtime. He had been unofficially coaching his daughter for soccer when one of her friends’ fathers encouraged him to pursue it further.

“Her dad turned to me and said, ‘I don’t know what you’re doing, but this is what you need to be doing,’” Parker said. “I talked to my wife and the only thing she said was, ‘I don’t want to lose the house’ and ‘You’ve got to do this.’” 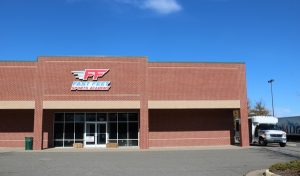 Fast Feet occupies a former CVS at 1800 Southcreek One in Powhatan. (Charlotte Woods)

He hired Powhatan-based contractor Andy Vaughan Enterprises to outfit the space, Work included raising the ceiling, reworking the lighting, adding new floors and creating additional rooms where athletes could rest and do homework. Parker said he did some manual labor as well, with help from his daughter and her friends’ dads.

In addition to Parker, the academy’s staff consists of three coaches who work with a dozen students – seven who attend five afternoons a week and five who participate less often. The academy also includes a van that Parker uses to shuttle students to and from school.

The academy had a soft launch in September, which Parker promoted through Facebook. Powhatan County Economic Development since has announced the business publicly, which Parker said prompts him to ramp up his marketing.

Having put his police work and private investigations behind him, Parker said he is committing his time fully to the venture.

“This academy and working with these kids is my future,” he said. 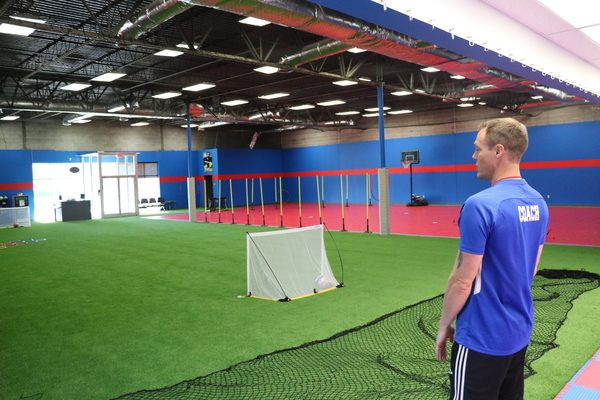 Parker and volunteers, along with local Powhatan contractors gutted and remodeled the 10,000 square feet of space. (Charlotte Woods)