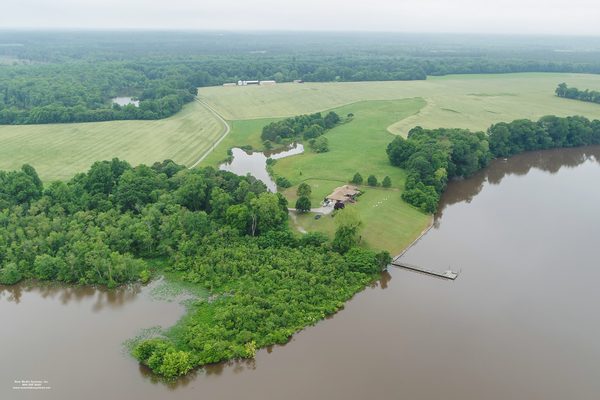 The property, which is composed of 574 acres of land, once belonged to President George Washington and Robert E. Lee’s son. (Photos courtesy of Commonwealth Land)

The New Kent County house and a portion of the plantation where U.S. President George Washington married Martha Custis are now in the hands of a group of Richmonders.

A 574-acre tract along Rockahock Bar Drive on the south side of the Pamunkey River sold Nov. 21 for $3.4 million, according to real estate firm Commonwealth Land, which handled the transaction.

The buyer is an LLC registered with the State Corporation Commission by Henry Shield, a principal of Stanley Shield, a Richmond-based development firm. The LLC includes unidentified Richmond-based individuals that a Commonwealth Land release described as “a small group of high net-worth individuals.”

The seller was the trustee of Roberta Runion, whose family has owned the property for years. Commonwealth Commercial’s Randy Cosby and Chris Jenkins represented the seller in the deal, and Dave Lionberger and Brandt Stitzer with Richmond law firm Hirschler helped the seller with legal work.

Shield declined to comment about plans for the property, though he did say that preservation was important.

The release from Commonwealth Land, a division of Glen Allen-based Commonwealth Commercial, stated the group “has no plans to develop the property, but intends to explore conservation easements and use the property for recreational purposes.” 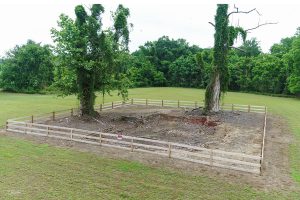 Remains of the White House Plantation’s original house, which burned down during the Civil War, can still be seen.

White House Plantation originally covered more than 17,000 acres. It originally was owned by Martha Custis, and George Washington managed the plantation throughout his lifetime. During the Civil War, the property belonged to W.F.H. “Rooney” Lee, son of Robert E. Lee, and was inherited through the Custis lineage.

According to the release, Union troops eventually took the land as a supply base. In the Seven Days Battle, the troops retreated and burned the plantation before they left. An excavation of the site now remains on the property.