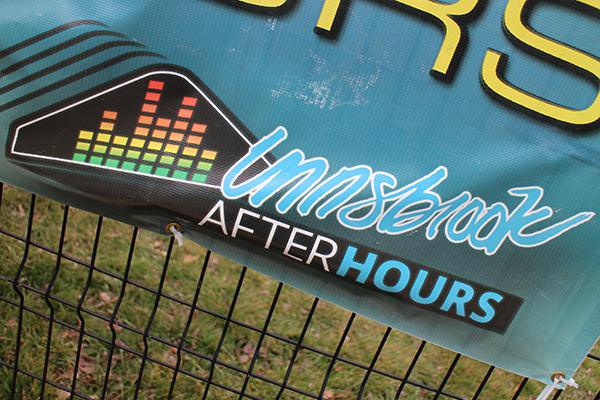 Innsbrook After Hours is considering a potential move to a parcel in West Creek. (BizSense file photo)

One of the region’s largest concert series is looking to potentially leave its namesake neighborhood in Henrico for a new home in Goochland County.

Innsbrook After Hours is considering a move in 2020 from the Innsbrook office park to a parcel in West Creek, as its current home could be set aside for development.

Organizers of the concert series, which has been running shows out of Innsbrook for more than 30 years, have zeroed in on a 5-acre site at 12575 W. Creek Parkway near the Richmond Strikers Field Complex, according to documents filed with the county’s planning and zoning division.

Larry Creeger, Innsbrook After Hours executive producer, confirmed the group’s interest in the West Creek site, adding that his organization also is scouting potential venues in Henrico and Chesterfield, though he would not elaborate about specific locations.

Creeger said the search for a new venue was prompted by the potential for its current 6-acre home at 4901 Lake Brook Drive to become a development target.

“We’re very happy where we are,” Creeger said of Innsbrook. “But we have to have options if something did happen with the space we’re occupying.”

The series’ current venue sits on land owned by Raleigh-based Highwoods Properties, a major landlord in Innsbrook that has been part of recent efforts to modernize and diversify the office park with more mixed uses, along with enhancing parks, trails and gathering spaces throughout the 35-year-old complex.

Hank Robertson, Highwoods director of development, could not be reached for comment Thursday afternoon.

The process is still in its early stages, as Creeger’s group has only submitted documents to the county ahead of a potential application for permission to operate a summer concert series on the West Creek site. A final decision on whether to stay or vacate Innsbrook has not been made, Creeger said, while emphasizing that the concert series will run as usual this year.

“We’re good to go for 2019, and will be hosting the series in Innsbrook,” he said.
If the series is forced out of the Innsbrook location, Creeger said moving to West Creek is ideal given its proximity to Innsbrook and growing rooftop counts in the wealthy suburban enclave.

And Goochland County, if selected, appears ready for such a venue.

The county’s board of supervisors on Wednesday approved an amendment to its place of public assembly ordinance that further strengthens how large events, such as concerts, are approved.

Jo Ann Hunter, Goochland County director of community development, said events with over 1,501 people must apply for a conditional use permit – giving the board of supervisors authority to tack on conditions, such as more emergency personnel, additional insurance and operating hours, to the permit.

Aside from the additional conditions, applicants also must go through several rounds of public hearings before the CUP is sent to the county’s planning commission and board of supervisors for final approval.

“It’s the right thing to do when you have that many people in one location,” Hunter said.

Innsbrook After Hours averaged about 3,900 patrons, with two of the seven shows selling out last summer, Creeger said. Its current facility can hold crowds of up to 8,500.

Should a move to West Creek occur, documents show the concert series would use several of the Strikers’ surface parking lots to accommodate vehicular traffic into the venue. Many of the structures, including trailers, staging, platforms and scaffolding, would be temporary.

Innsbrook After Hours does not have an option to purchase or lease the proposed concert site.

The Goochland site is owned by Henrico-based Markel Corp., which has owned the 227-acre West Creek section since 2005.

Kudos to group for looking forward; I hope they settle this soon as they are a real asset to all of RVA. And Highwood would be a fool to move them out. This is a major asset and draw for business and their tenants. Loosing a popular and well attended concert series to West Creek would be the loss of a major marketing draw and to me indicate if I were looking for office space that West Creek is the place you’ll draw workers if you build for the future and Innsbrook is the past.

I am a Goochland County resident and I also work at one of the breweries in West Creek. I’m excited at the prospect of After Hours coming to WC. You are welcome here!

Strongly support the move to West Creek. Innsbrook After Hours and their offerings are terrific, but the Innsbrook office complex already deals with major traffic headaches for employees due to the TERRIBLE planning associated with roads entering and exiting the complex. These issues are magnified on the evenings there are concerts at the After Hours venue. West Creek offers wide open spaces, adequate parking areas, and easy access. Until Highwoods does something about the access roads to its Innsbrook properties, there should be no further expansion allowed. It’s not unusual to take almost 30 minutes in backed up bumper to… Read more »

Lilly, Are you referring to West Creek traffic and just have the wrong road names???? I am just kidding, but every night 288 is backed up for miles at Patterson Ave which is where every west end person would go to get there at 5pm. Worst designed onramp lengths in the entire area. The VDOT engineer who designed that cloverleaf should be fired. At least 295 and nuckols isn’t blocked going to the venue at 5pm Patterson and Westcreek is not any better….a new stoplight that is overwhelmed when the church lets out. Curious to see how the area can… Read more »

This would sure be a nicer ride to/from south of the river.

Innsbrook After Hours is moving to Meadow Event Park in Doswell this year for a larger footprint that will allow for social distancing during the pandemic.
https://richmond.com/entertainment/music/innsbrook-after-hours-moving-to-meadow-event-park-for-2021-with-a-new-name-announces/article_d7e2cbc2-637b-59d9-b12d-fea26441ef4d.html
Now we’ve got nothing.