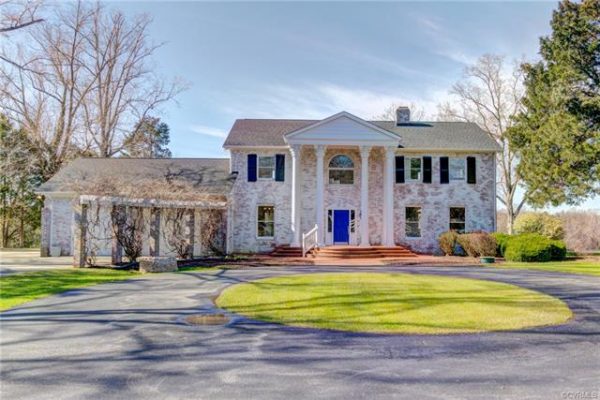 One of Richmond’s more high-profile and controversial personalities has put his former riverside residence in Varina up for sale.

Nay, who said he previously has worked with Morrissey, said the six-bedroom, four-bathroom colonial-style house had served as Morrissey’s primary residence in the past but more recently has been used as a secondary home. 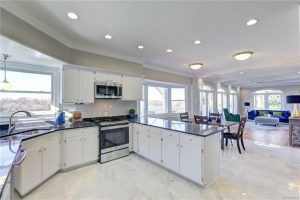 The kitchen and adjoining living space.

Nay said Morrissey, who now resides in Richmond’s Northside and owns other real estate in the city, is selling the Varina house because he no longer uses it.

“It’s been like a weekend home for him. He’s had some birthday parties there,” Nay said. “He hasn’t lived at this house in quite some time. He’s so busy, he can’t really use the property.”

A former attorney, Morrissey placed third in a crowded Richmond mayoral race in 2016, coming in behind Jack Berry and current mayor Levar Stoney. He previously served seven years as a state delegate and recently told the Times-Dispatch he is entertaining a Senate run this fall. The Virginia State Bar revoked his law license last year.

Morrissey purchased the Osborne Turnpike property in 1997 for $600,000 in a multiparcel sale, according to Henrico County property records. A recent county assessment valued the 7.7-acre property at $908,100. 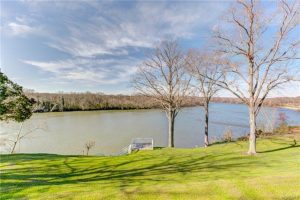 The property overlooks a bend in the river.

Built in 1968, the three-level house includes a two-story foyer, master suite with balcony, finished basement, two-car garage and rear deck. The property overlooks a bend in the James River and includes a stone stairway leading down to the water.

Nay said he’s marketing the listing toward horse owners and businesspeople who want an easy commute downtown. Located just downriver from the late Jimmy Dean’s estate, the linear-shape lot is zoned agricultural, includes a pasture and is next door to a barn, Nay said.

“It’s about a 10-minute drive to the city, you pass Rocketts Landing on your way in and out, and it’s a really easy drive,” he said. “It would make a great home for a business executive that worked downtown.”

“It’s got that weekend-home, riverfront vibe that could be used as either a vacation home, or somebody that does business in Richmond and wants to have a house down here for when they’re in town.” 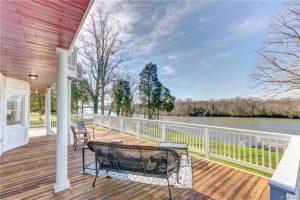 A rear deck with river view.

Nay said he is publicizing the listing on an equestrian real estate website and in markets, including New York, New Jersey and Virginia Beach. He worked with Alec Price of Midlothian-based Automating Your Biz on videography, including drone footage and interior shots.

The house isn’t the only seven-figure listing currently active along Osborne Turnpike.

An 83-acre portion of the Jimmy Dean estate, at 8330 Osborne Turnpike, is listed for sale at $2.5 million. Sara Williams with Berkshire Hathaway HomeServices has that listing. Other land along the turnpike has been floated for sale or sold in recent years.