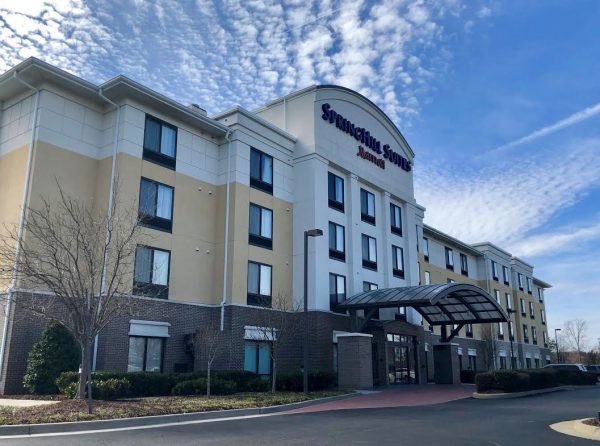 A local hotelier is adding to its metro Richmond holdings.

Sina Hospitality filed plans in January to construct a six-story, 118-room SpringHill Suites Marriott hotel at 12301 Redwater Creek Road in south Chesterfield near Colonial Heights, according to an application submitted with the county’s planning department.

The hotel would rise on two parcels totaling about 5.4 acres, the plans stated, sitting next door to the Cracker Barrel restaurant near the West Hundred Road and Interstate 95 interchange.

The SpringHill Suites will be constructed on a 3.7-acre parcel Sina purchased in April 2018 for $475,000, according to county property records.

A neighboring 1.7-acre, triangular parcel north of where the hotel is to be constructed is slated for a 141-space parking lot, although county property records indicate the site is owned by First Federal Savings Bank of Virginia.

Sina Hospitality could not be reached for comment by press time.

A timeline for construction and cost estimate for development were not disclosed in the planning documents, although Sina said the hotel would open in 2020, according to its website.

Founded in 1997, Sina owns and operates 15 hotels across Virginia, Kentucky and Tennessee, according to its website.

Once completed, the SpringHill Suites in South Chesterfield will compete with existing hotels nearby that include the Fairfield Inn, Country Inn & Suites and Days Inn.