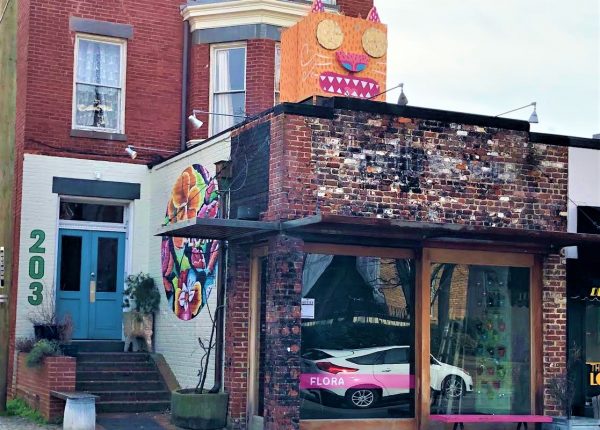 Poor Boys of RVA is looking to open in the former Flora space at 203 N. Lombardy St. in the Fan by mid-May. (J. Elias O’Neal)

Two first-time restaurant owners are looking to revive a dormant Fan storefront with their own take on “Po-boy” sandwiches.

The restaurant’s name and menu take inspiration from the originators of New Orleans’ Po-boy sandwiches. Po-boys usually have meat, such as roast beef or fried seafood (such as shrimp, crawfish, fish, oysters or crabs). The barbecued version, with brisket, sausage and/or chopped beef, has Texas origins.

“The Martin brothers were former streetcar operators in New Orleans before they opened up their small restaurant in the 1920s,” Navarre said. “When the streetcar workers went on strike … the Martins provided the strikers with free, large sandwiches.”

New Orleans folklore claims the sandwiches originally were dubbed “Poor Boys” after the Martin brothers saw one of the strikers, who the brothers called “poor boys,” coming off the line in search of a sandwich to eat.

Over time, locals affectionately began calling the sandwiches “po-boys,” and they’ve become a dish that transcends both wealth and class in New Orleans.

“It was a dish that eventually brought everyone together,” Navarre said. “No matter who you are, rich or poor, you know what a po-boy sandwich is … that’s how we came up with the name for the restaurant.”

Flora permanently closed in November, two years after its launch by owners Jason Alley and Michele Jones – they still operate Comfort and Pasture — and Jay Bayer of Saison restaurant and Saison Market. 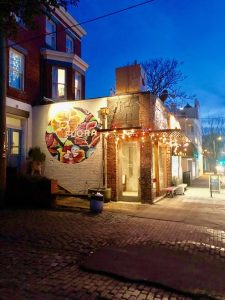 Aiming to open in May

Navarre and Altizer hope to be open in the 3,200-square-foot space by mid-May.

Poor Boys initially will be open for lunch and dinner, Navarre said, and plans to expand its offerings.

‘Right now, we want to get the restaurant open and perfect the quality of service,” Navarre said. “Once we get all of that together, then we can start looking to add breakfast and brunch.”

The pair is working with Richmond-based Campfire & Co. on branding the restaurant. Sarah Webb of Reform Design Collective has been retained as a consultant to address the interior design of the space, which includes turning the rear portion of the restaurant into a speakeasy that will include a community table, enhanced booth space and a larger bar.

Patrons can expect a few signature Creole and Cajun dishes such as gumbo, jambalaya and etouffee at Poor Boys, Navarre said. Other items will marry the flavors of New Orleans and Richmond.

For example, its rib po-boy will include a smoked pork rib drizzled in a house-made spicy sauce that will be topped with macaroni and cheese, cabbage and coleslaw, and served between two slices of French bread, Navarre said.

“The meat is going to be so tender that you’ll be able to slide the bones out before taking a bite,” Navarre said.

The menu also will feature a few vegan options, Altizer said, which includes the Poor Boys’ take on vegan gumbo and a veggie burger. It also will serve beignets and several other beloved New Orleans desserts

Navarre said the group plans to host a crawfish boil event in late May. Ticket buyers will be allowed to eat all of the boiled freshwater crustaceans they can stomach.

Poor Boys plans to work with the Jasper’s Matthias Hägglund to develop two signature draft cocktails — the Hand Grenade and Hurricane. The owners also plan to serve several local craft beers and wines, including a beer from Bingo in Scott’s Addition.

Poor Boys has taken two years to come to fruition.

Raised on the Southside, both Navarre and Altizer have known each other since they were in diapers.

“My mom used to keep us at the day care she ran when we were little,” Altizer said. “He’s like a brother to me, and we’ve remained close.”

Both have carved out careers in the city’s hospitality industry.

Prior to heading out to California for a five-year stint in construction, Altizer worked as a district manager for Domino’s Pizza, where he oversaw several local locations. Navarre has worked at a number of local restaurants and clubs, including Palazzio Restaurant and Lounge.

“We always wanted to do a concept like this in the Fan, and when this space became available, we jumped on it,” Navarre said. ‘We’re excited to bring our concept to the neighborhood.”

I like the idea, I hope the food’s good. So many New Orleans style restaurants are a poor imitation of the reality