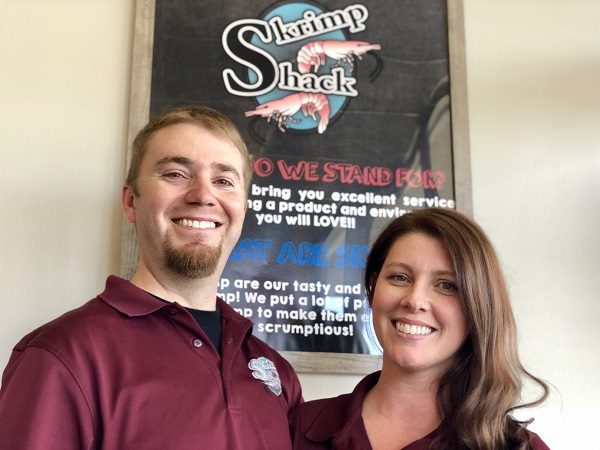 A Hampton Roads-based restaurant franchise is casting its net over a wider swath of metro Richmond.

Skrimp Shack is opening its newest local outpost in the Merchants Walk Shopping Center at 7502 W. Broad St., marking the brand’s third location in the area.

Kyle Rowley and wife Samantha are the franchisees behind the three restaurants. They opened their first Skrimp Shack location at 6493 Mechanicsville Turnpike in Hanover County about three years ago, and a second outpost at 4760 Finlay St. in eastern Henrico.

“We wanted to open three restaurants in five years, and it took us three years instead,” Kyle Rowley said. “People are really catching on to the concept, and that has helped us grow our territory here.”

Their newest will open in a 2,500-square-foot space between Aqua Tots Swim School and Brothers Rent-to-Own in the shopping center. 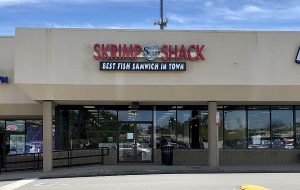 Kyle Rowley said the restaurant is hosting a soft opening this week, with plans for its official opening on April 23.

“It seemed like a good fit for us,” he said. “We wanted a visible location on Broad Street, and this shopping center gave us that.”

Founded by Mitch and Stacey Hartman in September 2011, Skrimp Shack operates several locations across Virginia through its system of franchisees, including spots operated by other franchisees in Midlothian, Colonial Heights and Hopewell.

The chain also is expanding into Florida, North Carolina and Georgia, according to its website, but the bulk of its locations are in the Hampton Roads region.

In addition to shrimp and fish by the pound, Skrimp Shack serves catfish nugget and fried shrimp baskets, fish and chicken sandwiches, and fish tacos for dine in or carry out. The new location also will feature daily specials such as lobster roll baskets and other seasonal seafood dishes, Rowley said. 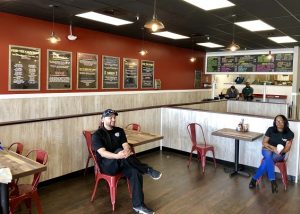 Skrimp Shack will seat about 62 people and employ about 25.

The Merchants Walk spot will seat about 62 people and employ about 25, Rowley said.