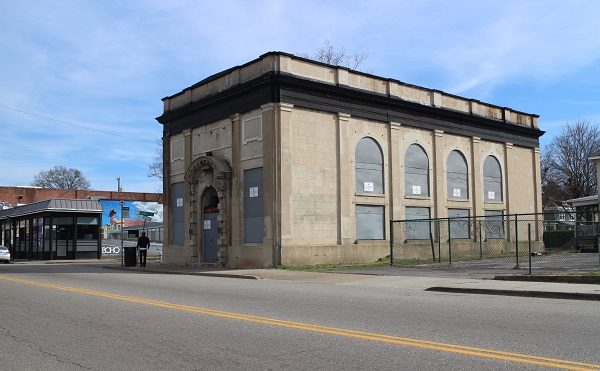 A dispute over city grant funds awarded to a seemingly stalled real estate project on Brookland Park Boulevard has spilled into the courthouse.

The city and its economic development authority on Friday sued Dixon/Lee Development Group, which had been ordered to repay $200,000 in grant funds awarded as an incentive for its planned redevelopment of the former American National Bank Building at 201 W. Brookland Park Blvd.

The repayment was due April 18, 30 days after the city had declared Dixon/Lee in default of the terms of a performance agreement that awarded the funds in 2015 and 2016. The lawsuit, filed a week later in Richmond Circuit Court, said Dixon/Lee failed to meet that deadline.

The suit claims breach of contract and seeks judgment against Dixon/Lee for the $200,000 and costs to bring the suit. The suit was prepared by Assistant City Attorney Wirt Marks and was to be served to Dixon/Lee principal LaMar Dixon, who said Wednesday he was not aware of the suit.

Dixon said he and his attorney, Thomas Voekler with Kaplan Voekler Cunningham & Frank, had reached out to the city April 18 with a repayment plan offer but did not receive a response. He said he and Voekler would have no further comment.

The city declared Dixon/Lee in default following increased scrutiny from neighboring business owners and residents about an apparent lack of progress with the project four years after the agreement was approved.

Dixon/Lee had said it would convert the former bank building into a business incubator for first-time entrepreneurs with collaboration from Virginia Union University, which had signed a memorandum of understanding that was among documents Dixon produced to show the project’s progress. A 3D animation rendering of the project also was produced and presented last year to the Brookland Park Area Association.

But the latest version of the performance agreement that awarded the grant funds required construction to start in October 2016 and finish a year later. Job creation and financing benchmarks that also were required by that time were not met.

Despite those benchmarks being missed, it wasn’t until this year that the city and EDA determined the project to be in default, demanding the grant funds repayment in late February. Around the same time, VUU pulled out of the project.

The city’s default declaration was communicated to Dixon in a meeting with city officials. Doug Dunlap, who was overseeing the economic development department as a deputy chief administrative officer at the time, later said legal action would be taken if the grant funds were not repaid on time.

If the court awards a judgment to the city, Dunlap said the Richmond Redevelopment and Housing Authority, which owned the bank building prior to Dixon, would have the ability to take action to recover the property.

In an interview in January, Dixon said the grant funds were being used to leverage financing to cover construction costs, which he said were projected at $929,000. He produced correspondence from 2015 from two potential lenders expressing interest in financing, but Dixon said neither of those firms ever were signed on as lenders for the project.

Without the city grant and involvement from VUU, Dixon has said he’ll need to reassess the project but has maintained he remains committed to developing the building as a business incubator. He’s said he’s received offers to sell the property, which he purchased in 2015 from the RRHA for $20,000.

The bank building is one of two prominent properties along Brookland Park Boulevard that some observers say are holding back the commercial corridor’s revitalization potential.

The other property – the former Brookland Theatre building at 115 W. Brookland Park – is owned by locally based Hampton Nash LLC, whose principal, Kyle Johnston, said in January he was speaking with potential collaborators to redevelop the theater. The building since has been listed for sale or lease.

Funny you all didn’t report, as T-D did, how the City Attorney said that the second larger installment of this grant was not to be paid as the terms of the deal were not met, Councilmember Hilbert and DECD staff introduced a paper to change the agreement with Dixon, the change was approved, he got his taxpayers funds, and he still failed. What is Dixon re-assessing?? After this case is concluded, the City will put a $200,000 plus fee and interest judgement on a $20,000 shell in a marginal neighborhood. He won’t be able hire a local exterminator spray the… Read more »