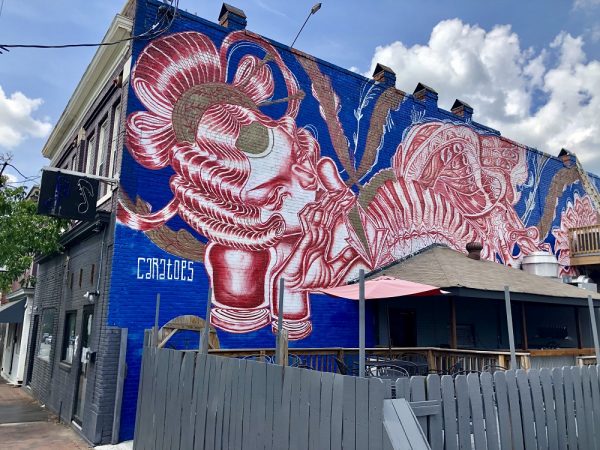 A local restaurant group is going back for thirds in Shockoe Bottom.

Historical Restaurant Concepts, the group behind Postbellum in the Fan and Station 2 in Shockoe Bottom, is preparing to open its newest concept, Oak & Apple, at 1814 E. Main St. in Shockoe Bottom.

It’s the group’s fourth restaurant and sits next door to Rootstock Provisions, a market-cafe HRC that opened in March 2018 at 1810 E. Main St.

“We’re taking all the basics that you will always find at every barbecue place – pulled pork, spare ribs and brisket coming from local purveyors – but then putting some chef spins on things,” Church said. “We’ll have smoked chicken and then turn around and pull the chicken and do a chicken fried rice …. doing reinterpretations of classic barbecue.”

The menu also will include smoked chicken, lettuce wraps, local and North Carolina trout, housemade sausages and a picnic board comprised of homemade ham, sausages and cheeses. 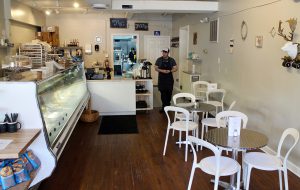 Vegan options, such as smoked jackfruit — an exotic fruit grown mostly in Southeast Asia that when smoked is compared to pull pork barbecue — is also on the menu.

‘It’s kind of a meaty, starchy fruit,” Church said. “The texture is almost like a potato, but when you cook it instead of mashing it, it just pulls apart.”

For dessert, Church said the restaurant will offer sweets made at the neighboring Rootstock Provisions, with a focus on pies.

The other half of the Oak & Apple’s name comes from its cider offerings, which will come from Virginia, France and Spain, with a plan to eventually make their own onsite.

In the near term, Church said they would be working with Charlottesville-based Potters Cider and Richmond-based Blue Bee Cider to take up some of its taps.

The drink offerings, said Ryan Koontz, HRC partner, will include a variety of beer, sangria and punches. 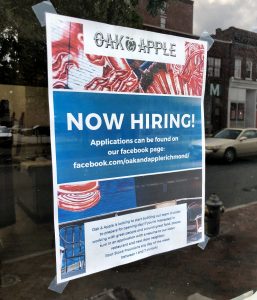 Oak & Apple is looking to hire about 20 people.

Oak & Apple has 3,000 square feet, and about half of it will be dedicated to an inside dining section seating 45 people, Morse said. Another 30 patrons can sit on the patio, which will include a full bar, patio tables and benches, and a mini dog park.

Morse said he hopes Oak & Apple will become a neighborhood gathering point, much like the group’s Station 2 establishment at 2016 E. Main St.

“It’s what this area needs … a sit-down, full-service barbecue neighborhood restaurant,” Morse said. “Station 2 has done very well for us in becoming a neighborhood place. We want to give all of these new townhomes, lofts and apartments more options.”