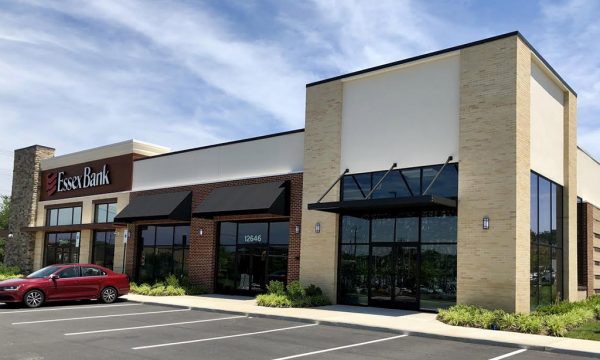 Growler USA will take over the remaining 2,500 square feet of retail space next to Essex Bank in the Stonehenge Village shopping center in Midlothian. (J. Elias O’Neal)

A new-to-market beer bar and restaurant chain is brewing up its first Virginia outpost in a Wegmans-anchored shopping center in Chesterfield.

Growler USA is planning to open a location at 12646 Stone Village Way in the Stonehenge Village shopping center off Midlothian Turnpike, according to a permit the county filed Tuesday.

The restaurant will occupy about 2,500 square feet next door to Essex Bank in the retail center.

The cost to build out the space is estimated at $200,000, according to the permit. Midlothian-based Fas Trac General Contractors is listed as the builder.

A timeline for construction and opening date was not disclosed. A call to Growler USA was not returned Wednesday afternoon. 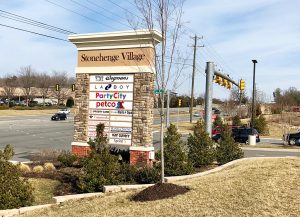 Named for the large refillable jugs used to transport draft beer, Growler USA is a craft beer bar and restaurant chain that serves over 100 beers on tap from mostly local and regional breweries. The chain also offers sandwiches, burgers, pub snacks and appetizers.

Staying true to its namesake, Growler USA sells growler fills of most beers, according to its website. It also serves draft wine, cider and kombucha.

The Colorado-based chain operates more than two dozen locations across the U.S. The closest outposts to metro Richmond are located more than two hours away in Raleigh and Baltimore.

Growler USA is operated through a system of franchisees in communities with established and rapidly developing craft beer scenes, such as Portland, Vancouver and Austin, Texas.

With Growler USA lined up, Stonehenge Village’s 71,300-square-foot retail center is approaching 100 percent occupancy. Only a 2.2-acre undeveloped parcel along Midlothian Turnpike and a 2,900-square-foot space remain available in the development, which opened in 2015. Connie Jordan Nielsen, who leases the center with fellow Cushman & Wakefield | Thalhimer broker Nicki Jassy, said they are negotiating deals for both vacancies.

Developed by Henrico-based Marchetti Properties, Stonehenge Village was one of five metro Richmond retail centers sold in late February to Vienna-based Rosenthal Properties for $125 million. Year to date, it’s one of the largest retail portfolio sales in the region.