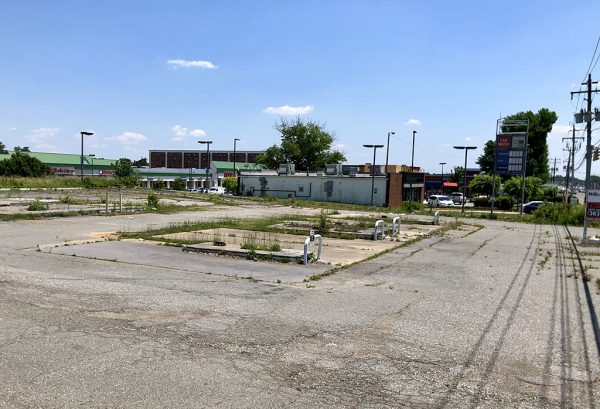 A new Bojangles is set to rise on the site of the former Crown gas station site at 8050 W. Broad St. in Henrico County. (J. Elias O’Neal)

The presence of three nearby chicken-centric restaurants isn’t scaring off another plucky competitor from vying for its place in the pecking order along a stretch of West Broad Street.

Fried chicken chain Bojangles has submitted plans to construct a new restaurant at 8046 and 8050 W. Broad St., next door to the Fountain Square shopping center in Henrico County.

The from-scratch restaurant will rise on the existing slab foundation of the former Crown gas station outpost that was scrapped in 2008 and the former El Jardin Latino Market building, which vacated the site for larger digs at 6003 W. Broad St. west of Willow Lawn.

Once built, Bojangles will have plenty of company. 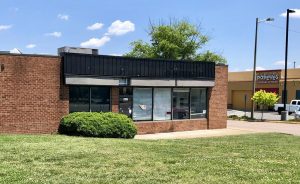 Its new restaurant will be next door to a Popeyes location at 8044 W. Broad St., and across the parking lot from Korean fried chicken joint Bonchon. They also have a popular nonbattered competitor just up the street in Chicken Fiesta’s location at 7925 W. Broad St.

Plans for the West Broad Street store call for both the gas station slab and former market building to be razed and replaced with a 3,400-square-foot, one-story building that includes a drive-thru and 46 parking spaces, according to plans filed with the county’s planning division.

The restaurant will be accessible via West Broad Street and an unnamed access road connecting Fountain Square’s surface parking lot.

The largest of the two properties at 8050 W. Broad St. is owned by Maryland-based MLEB LLC. It most recently was assessed by the county for $663,000, according to county real estate records.

About 12 years ago, the nearly 1-acre site was approved for the construction of a Car America dealership, according to county planning records. But the dealership never materialized on the site. The gas station eventually was razed about two years later in 2009.

Bojangles and MLEB could not be reached for comment Tuesday afternoon. A call to Jeff Doxey, a broker with NAI Dominion who is listing the property for lease, was not returned.

The rent a car place by Outback Steak was formerly a Bojangles back in the 90s so this is not their first time in this stretch of Broad Street.

Can’t forget about the Biscuit Barn that also used to be around this area!

Also Patterson Ave across from the KFC near Parham. Now a hibachi place

I have a question for longtime residents, was there ever a fountain here at Fountain Square? Also, were there ever willow trees at Willow Lawn? I wish they had at least planted one when they renovated it. Maybe Fountain Square can add a small fountain too.

My understanding is that the land where Willow Lawn now sits was once a farm, and considered “West End.” A stream – Jordan’s Branch – ran through there (it now is piped under Willow Lawn Drive and emerges down by UofR) and it was, indeed, lined with willow trees.