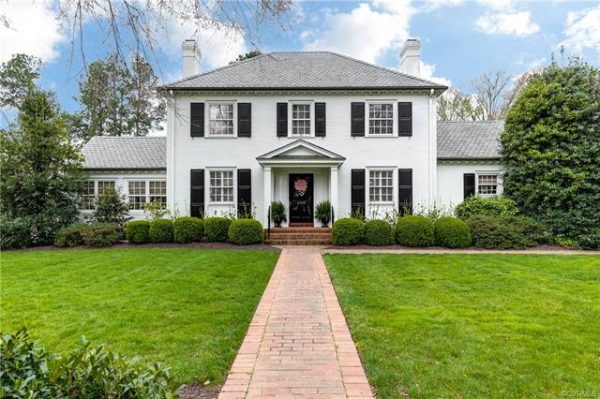 Windsor Farms was hot in June with three sales that all came in above list price and topped the million-dollar mark. Leading the pack was 4309 Dover Road, a 4,600-square-foot house that sold June 3 for $1.71 million, above its $1.39 million price tag.

The four-bedroom, 3½-bath house was listed April 11 by Rebecca Winters with The Steele Group | Sotheby’s International Realty, which likewise represented the sellers of the month’s second- and third-highest sales. City property records list Winters’ clients as Ryan and Charlotte Nelson.

The buyer was Ollie Reese III, a regional sales director at pharmaceutical giant Allergan who already resided in Windsor Farms in a house on Berkshire Road just around the corner. He was represented by Hometown Realty’s Sean Priest, who also listed Reese’s previous home at 105 Berkshire Road.

That house – a 3,200-square-foot colonial priced at $925,000 – was listed in late April and put under contract a month later. Priest said the purchase is scheduled to close at the end of this month. 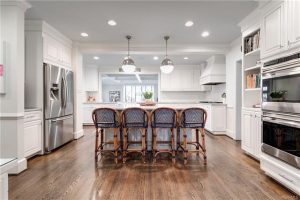 Priest said he previously worked with Reese when he purchased the Berkshire house in 2014. He said Reese was planning an addition to that house when he saw a for-sale sign in front of the Dover home, which the Nelsons already had enlarged.

Priest said the prospect of forgoing the time to renovate the Berkshire home drove Reese to outbid eight other offers that were made on the Dover property.

“The biggest thing was the amount of time to have that addition done,” Priest said. “He doesn’t have a lot of time, traveling and working all the time, so it was worth it for him to go ahead and just do a lateral move around the corner to a bigger house.”

Priest said the process came down to three prospective buyers who were given one last chance to make their best and final offer, hence the purchase price coming in $315,000 above list.

“I discussed it with Ollie, and we tried to figure out what is the house worth. The topic came up: ‘Well, does it matter? If you want it, you get it; if you don’t, you lose it.’ That’s when we pulled the trigger and we went up probably a bit higher than the rest of the offers, just to lock it up.

“I was telling him not to spend that much money on moving around the corner, but when we went in there and we saw what they did – it’s got to take two years for a renovation, and Ollie just didn’t have the time for that.”

Priest said the addition had converted the home’s original kitchen into a dining room and provided more space for a new kitchen and sunken family room while preserving a good amount of the yard. 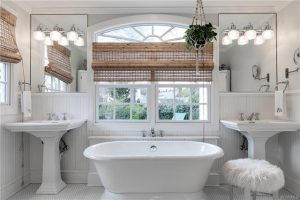 “The work was done; the sellers did a magnificent job doing the renovation. The home was a completely finished product and very open and very inviting. Just a really well-thought-out addition,” he said.

Built in 1940, the Georgian-style brick house totals 16 rooms across two levels. A second-floor master suite includes dual closets, one of which provides access to a third-floor office or study room. The house also includes a sunroom, a bar with wine fridge and copper sink, and a two-car garage with an upstairs room. The nearly half-acre lot includes a brick patio with gas fire pit and built-in grill.

The Nelsons, who Priest said moved out of the area due to a job change, purchased the home in 2011 for $845,000, property records show. The most recent city assessment valued the property at $1.05 million. 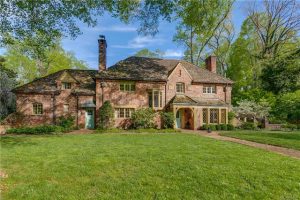 A few blocks away on Windsor Farms’ western edge, 303 Lock Lane S. came in as the second-highest sale at $1.55 million. The Steele Group’s Susan Jones listed the 4,000-square-foot Tudor in mid-April for sellers Walter and Karen Moore with an asking price of $1.49 million. Sally Hawthorne with Joyner Fine Properties represented buyers John and Martha Crowley in the purchase, which closed June 4.

Third on the list was 4111 Cary Street Road, a 4,800-square-foot house said to be among Windsor Farms’ original homes that sold June 13 for $1.25 million. Steele Group’s Debbie Gibbs listed the home April 26 at $1.17 million for sellers Edward Winks Jr., president of Winks Snowa Architects, and Mary Winks, who built a new house next door on a vacant lot they also owned. Joyner’s Sue Farrell represented the buyer, Susan Brown, a local pediatrician. 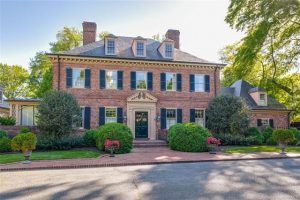 Rounding out the top five home sales for June, according to the Central Virginia Regional Multiple Listing Service, were a tie: