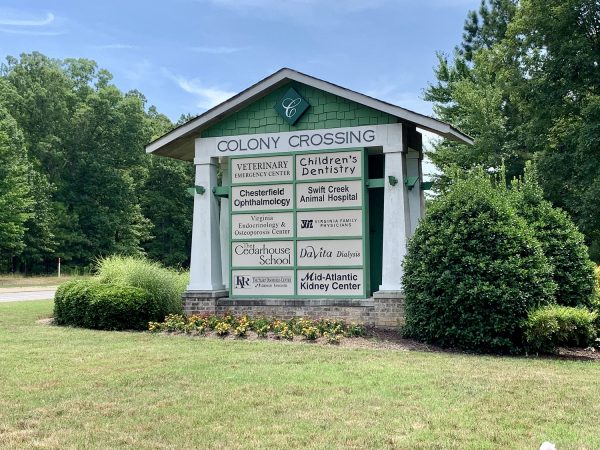 A foreclosed building in a Chesterfield retail center is headed to the auction block.

The seven-unit building at 2401 Colony Crossing Place in the Colony Crossing retail center along Charter Colony Parkway is up for grabs to the highest bidder, according to an online flier by commercial auctioneer Ten-X Commercial.

Online bidding for the building will begin Aug. 19 and end Aug. 21, the flier said.

Charlotte-based Berkeley Capital Advisors is the listing broker working with Ten-X to auction the property.

Constructed in 2006, the 16,300-square-foot building is almost fully leased. It is anchored by several longstanding tenants such as Padow’s Hams & Deli, Carytown Coffee and Dolce Vita Italian Restaurant. 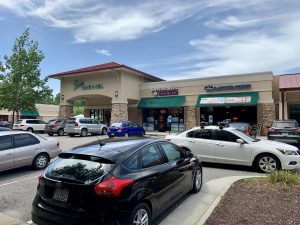 The company took out an owner’s loan on the 2.5-acre property in July 2006 with Village Bank for $3.4 million, according to Trepp, a commercial loan tracking firm.

As of this month, the loan had a balance of around $2.7 million, according to Trepp, and has been in default since February 2016. It was foreclosed on for $2.1 million in November 2018, and taken over by special servicer C-III Asset Management.

Managing partners with CC Retail Shops could not be reached for comment Wednesday afternoon.

The property most recently was assessed for about $2.7 million, according to county records.

The starting bid for the property is $925,000, according to the online flier. The auction does not include any surrounding properties within Colony Crossing, including a neighboring shopping strip that hosts Fortune Bowl, Nail Envy and a Domino’s Pizza location at 2433 Colony Crossing Place.

The most recent available figures show the building collected nearly $538,000 in revenue through September 2017, according to Trepp. That’s up from about $320,000 collected in 2016.