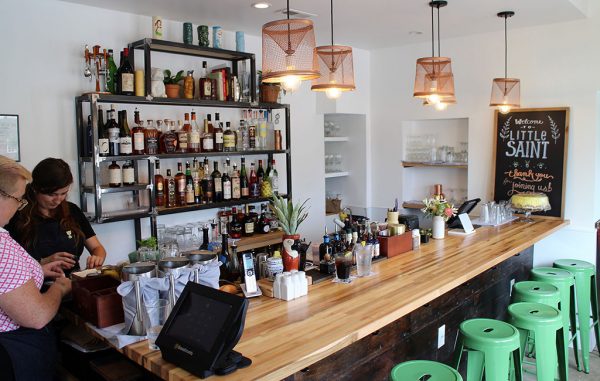 Little Saint has been sold. (Photos by J. Elias O’Neal)

A local restaurant group’s run in the Museum District has ended as it focuses on its existing establishments.

RVA Hospitality Group’s Little Saint restaurant at 2901 Park Ave. in the Devil’s Triangle neighborhood is closed and has been sold, said Elizabeth Kincaid, the company’s chief operating officer and co-owner.

The buyer was Joe Carter, a managing partner behind Uptown Market and Deli at 2400 W. Main St. in the Fan. Carter could not be reached for comment Wednesday afternoon.

“It was bittersweet for us,” Kincaid said of Little Saint’s closing. “This was the first restaurant that co-owner Frances (Santarella) and I opened after Ted’s passing, so parting with it has been difficult. But at the end of the day, we needed to focus on our other locations and opportunities.”

Santarella’s late husband, Ted, was the founder of the group’s other restaurants, which remain open as usual: Tarrant’s Cafe at 1 W. Broad St. and Max’s on Broad across the street; Bar Solita in the former Graffiato location at 123 W. Broad St.; and Tarrant’s West in the West End. 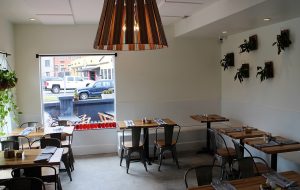 Prior to serving its last brunch on July 21, Kincaid said Little Saint staff members and cooks were offered employment opportunities at the group’s other restaurants at the same pay and benefits.

A sales price for the restaurant was not disclosed.

To boost revenue after the loss of Little Saint, Santarella is heading up RVA Hospitality’s focus on offsite events and wedding catering.

The group also has enhanced its onsite private dining services and plans to rent out several of its private rooms to parties and events.

It’s also beefing up its network of preferred catering contracts, with RVA Hospitality providing onsite private dining services with several businesses and attractions in the region, including the Institute for Contemporary Art at VCU and the Branch Museum of Architecture and Design on Monument Avenue.

“We wanted Little Saint to be small and personable,” Kincaid said. “It was an amazing ride. The staff was incredible. We’re always going to have those memories as we move on to another chapter and expand in other ways.”