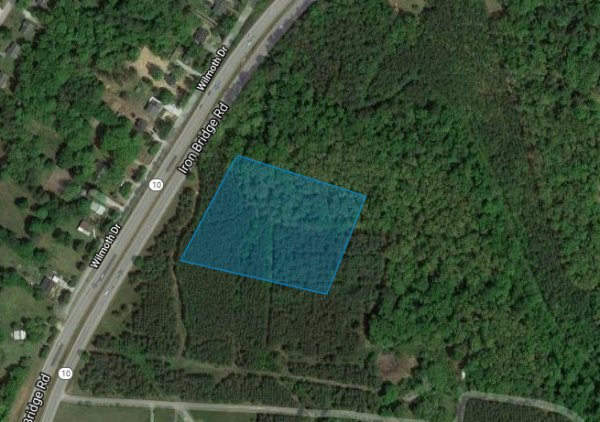 The highlighted area, while approximate, show the vicinity of where Austin Woods apartments will be developed. (Google Maps)

A collection of new residential uses on a former Christmas tree farm in Chesterfield is beginning to take shape.

The apartments are a key anchor of a larger-scale residential mixed-use development by local developer Harry Pollard that calls for an additional 270 townhomes, a clinic and assisted living facility, and commercial uses. 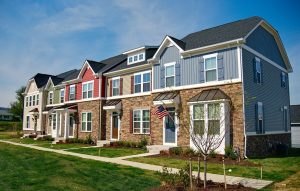 Austin Woods Development Co., an entity tied to the development duo, purchased the property in December 2018 for $1.2 million. It also received approval to rezone the sprawling agricultural site to accommodate a mix of residential uses in an effort to allow future residents to age in place.

Plans call for a mix of eight three- and four-story buildings to rise near the entry of the proposed development along Iron Bridge Road. The apartment component also would include a 5,600-square-foot clubhouse with a leasing office and other amenities.

The county planning department is reviewing plans for the apartments. Formal plans for the proposed townhomes, clinic and assisted living facility were not filed with the county, although the submitted layout highlighted several clusters of townhomes surrounding the apartment complex.

Pollard, who was away on vacation Monday, could not be reached for comment.

The company five years ago constructed Meridian Watermark, a 300-unit apartment development in the sprawling 400-acre Watermark development, located less than a mile from the Austin Woods site. It also constructed and maintains several apartment communities in Hampton Roads.

A timeline for construction and a cost estimate for Austin Woods were not disclosed in the plans filed with the county.

Wright would not disclose any information about the apartment project, saying that the plans were still in progress.