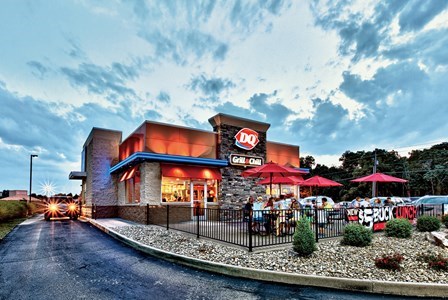 A Dairy Queen Grill & Chill, similar in scope in size in the following image, is set to rise on an outparcel in the Charter Colony Shopping Center. (Dairy Queen)

A second-generation Dairy Queen franchisee has Chesterfield County on her expansion map.

Jane Blackburn and her husband Michael plan to build a new stand-alone location of the ice cream chain in the soon-to-be Publix-anchored Charter Colony shopping center.

It would be Sweet Life LLC’s second Dairy Queen restaurant, and its first in metro Richmond. The company owns and operates a shop in Harrisonburg near Eastern Mennonite University.

Jane Blackburn said her family’s business, Sweet Life LLC is under contract with Charter Colony owner Edens Realty Inc. to purchase the pad site for an undisclosed amount. It most recently was assessed by the county for about $532,000.

Edens owns the entire Charter Colony retail development, including a future 48,000-square-foot Publix that’s under construction on the property.

Jane said it took her husband about three months to find the right location for the restaurant, adding they looked only in Chesterfield.

“The proximity to Midlothian High School and (Route) 288 were major factors because the area is seeing so much growth,” she said. 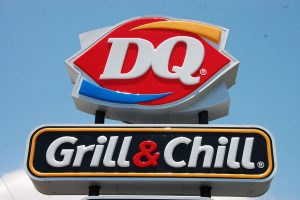 The new location could be open by spring 2020. (Wikimedia)

Pending county approval, the new Dairy Queen could be under construction by winter in the hopes of opening it by spring 2020, with plans to hire 60 to 80 people.

“That’s the goal,” Jane said. “Right now we’re working with the county on what they need from us to make this happen.”

She said Sweet Life LLC plans to invest about $2 million on constructing the restaurant, equipment purchases and closing on the property.

Sweet Life LLC has retained Charlottesville-based Gaines Group Architects to design the Chesterfield store. A general contractor has not been selected.

Based in Harrisonburg, Sweet Life LLC is a franchisee working with Henrico-based Dairy Queen of Virginia Inc., which owns the entire Dairy Queen franchise territory across Virginia and oversees the operations of 11 restaurants in metro Richmond, including Colonial Heights and Hopewell. 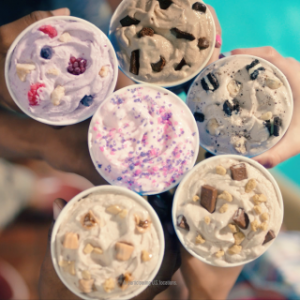 Dairy Queen serves up a variety of American food items, but the national chain is best known for its Blizzards, milkshakes and soft serve ice cream cones. (Dairy Queen)

Dairy Queen has been a staple in the region’s fast-food scene for decades, serving up a variety of sweet treats such as its famed Blizzards, along with items such as burgers and chicken.

A few of the chain’s outposts, including its restaurants in Willow Lawn and in the Tuckahoe Village Shopping Center on Patterson Avenue, closed a few years ago.

Matt Dunham, Dairy Queen of Virginia vice president, said the Charter Colony store would become the company’s flagship location in the area, potentially serving as a prototype for new growth in the metro Richmond market.

“We’re always interested in growth,” Dunham said. “We’re really excited about this new restaurant, as we hope it will lead to other development.”

Launching the new Dairy Queen in Chesterfield marks a new chapter for Jane and her family’s history with the restaurant chain. Her mother launched Harrisonburg’s first Dairy Queen in the 1980s, instilling in her a legacy of hard work and entrepreneurship she wants to pass down to her children.

“I’m a second-generation Dairy Queen owner,” Jane said. “This is something that I want to pass down to my own children. This is a family business and we’re excited to be a part of the Chesterfield community.”

That is great too bad it’s not in the Dale District. Yes, the population is less but so is the cost of real estate.