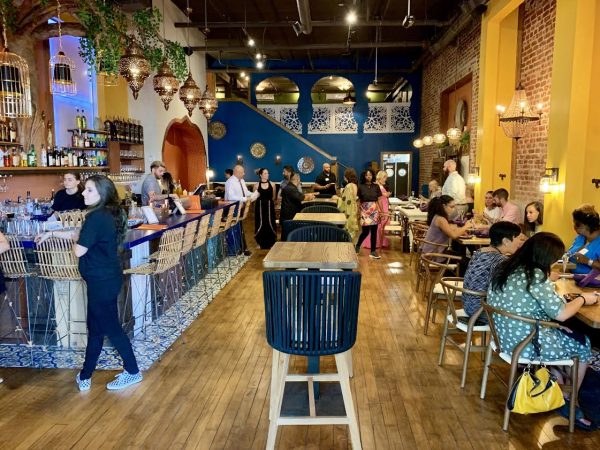 Nama seats about 108 people and includes a large mezzanine area that can be rented out for a variety of social gatherings. (Photos by J. Elias O’Neal)

Correction: An earlier version of this story incorrectly reported that LX Group had leased the commercial space at The Penny at 2 W. Marshall St. in Jackson Ward. That space is still available for lease.

For the second time this summer, a local restaurant group has opened a new venture in the Arts District downtown.

Nama is located next door to LX Group’s first venture on the block, Switch Pop-Up Bar, which opened in June at 13 W. Broad St. A third restaurant is pending for 11 W. Broad St., Patel said, although the group is mulling various concepts to introduce at the location that will include roof-top dining and a bar. 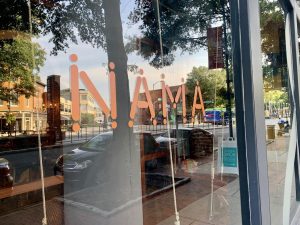 The restaurants are part of RVA City Center, a growing collection of retail, office and residential buildings owned by Richmond-based SNP Properties at 5-7, 13-21, 23 and 27-29 W. Broad St.

Combined, LX Group has invested up to $1.3 million to ready both Nama and Switch, which share a large kitchen in the building.

“It’s a significant investment on our part, but one we believe is necessary as this part of the city grows,” Shah said. “We’re excited to be a part of what is happening here … we feel like this is a concept that is missing down here and will be a good addition to the dining scene in the city.”

Nama serves more than 40 items to share (or not) that include its Samosa Chaat, a crispy potato and pea pastry drizzled in yogurt, and laced with mint and tamarind chutneys, and its Tandorri Turmeric Wings, which are grilled with a yogurt-turmeric marinade that’s served with a variety of dipping sauces.

Aside from its small-plate menu, Nama also will feature six rotating curry pots with such dishes as Chicken Tikka Masala, which is marinated chicken simmered in a tomato and cream sauce, and its House Daal, which is stewed assorted lentils. Naan bread and an assortment of desserts, such as mango cake and pistachio gelato, are on the menu. 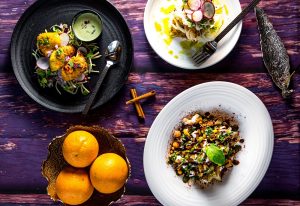 Nama serves cocktails to accompany several of its small plates and curry pots, such as its Paan Mojito, which is mixed with light rum, gulkand, paan and betel leaves, Simple syrup and soda. It also serves a variety of beers and wines.

Joseph Mattupurath, a chef of 20 years who was born in India and trained at Le Cordon Bleu Culinary Institute, is the head chef of Nama. Ramesh Kaundal and Madhu Bhargava, who both have extensive chef experience in Washington, D.C. and Hollywood, served as consulting chefs for the restaurant.

At 5,400 square feet, Nama seats about 108 and employs 30 workers. The space includes a large mezzanine area that can be rented out for private parties and events, Shah said. 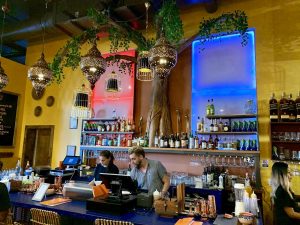 Nama includes an extensive cocktail, and beer and wine menu.

Nama is open from 4 p.m. to 10 p.m. Tuesday through Sunday. Free valet service is available daily, along with reservations for large parties.

Aside from its ventures on Broad Street, LX Group also has its sites set on south Richmond, with a 47,000-square-foot entertainment venue that would house a beer garden and space for a restaurant as part of the massive Model Tobacco redevelopment along Jefferson Davis Highway.

The group also operates Kabana Rooftop on the 20th floor of the Hampton Inn & Suites at 700 W. Main St. and the Belle restaurant in the hotel’s lobby.

“We’re still developing concepts for those other locations, and hope to have something to announce by year’s end,” Patel said.