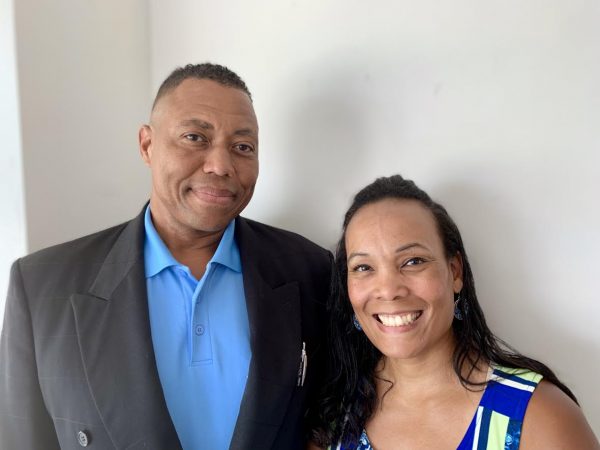 With new apartment counts soaring and entertainment options expanding in Manchester, a local dentist is ready to cut his teeth with his first office along the Southside neighborhood’s prime retail corridor.

Walker and his wife Kathy purchased the one-story, 4,600-square-foot building this month for $435,000, according to city real estate records.

The pair plans to invest an additional $800,000 into renovating the former office building for D’Zign-A-Smile, which the Walkers hope to open by mid-November.

Once operational, it will be the only dentist office on Hull Street in Manchester.

“It’s a major investment that we are making in Manchester, but one that we feel fills a need for the neighborhood,” Alan said. “There is a lot of activity and growth here, and we’re ready to do our part and be a part of it.”

Henrico-based Commonwealth Construction Management has been tapped as the project’s general contractor. Susan Haas of Joyner Fine Properties represented the D’Zign-A-Smile in its property purchase.

D’Zign-A-Smile will be a full-service dental clinic, providing procedures such as examinations, X-rays, teeth cleanings and extractions. But Kathy said the practice will be more than just a “drill and fill” operation, with plans to provide some dental sleep medicine practices to address sleeping disorders.

“When I developed the business plan for D’Zign, I wanted it to address not just the oral health, but the overall wellness of the patient,” Alan said. “I was diagnosed with obstructive sleep apnea … Sleep is very important and if you have sleep apnea, you don’t get a very good night’s rest.”

“Instead of me carrying around a sleep apnea machine … imagine giving you a custom-made appliance that you can carry around in your pocket, about like a retainer,” Alan said. “They are titratable, meaning they are adjustable to what your requirements are.”

The equipment would be prescribed and constructed at D’Zign-A-Smile’s offices, Alan said, adding the portable device is meant to supplement, not replace, a sleep apnea machine if prescribed. 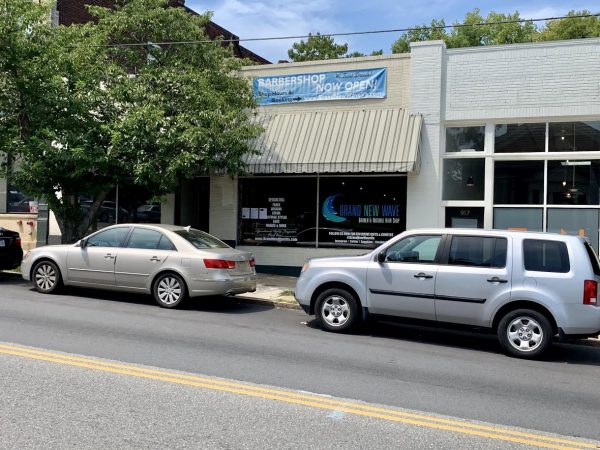 D’Zign-A-Smile is set to take shape at 921 Hull St. in Manchester.

The Walkers searched several neighborhoods across the city for the right spot for their office, including Church Hill, Scott’s Addition and Jackson Ward.

But it was after a drive along Hull Street through Old Town Manchester when the pair settled on the growing Southside neighborhood.

“It’s booming,” Alan said of the neighborhood, referencing its new apartment and townhome growth. “When you look at the number of dentists per resident in the city of Richmond, this area has the least … coming here truly puts me at an advantage because I’m able to draw people as far south as Chesterfield to my practice in Manchester.”

Kathy added the area, which has been in the midst of a steady commercial revitalization, was ripe for such an opportunity.

“There is an energy in this part of the city that is easy to pass over, because not too long ago, this was not a place you wanted to be,” Kathy said. “But after coming down here, and seeing how things were really progressing, it made sense to put (Manchester) at the top of our list.”

The building they purchased most recently was assessed by the city for $345,000, a nearly 15 percent increase over its previous assessment of $301,000.

Married for more than 20 years, Alan and Kathy first met as undergrads at Tuskegee University in Alabama before joining the U.S. Army.

While serving, Alan graduated from the College of Dentistry at Howard University in Washington, D.C. in 2009. Then he served as Commander of Fort Lee’s Dental Clinic Command — overseeing dozens of employees providing dental care to nearly 20,000 soldiers and their families.

Meanwhile, Kathy served as an Army nurse before becoming a Judge Advocate General officer for the military division. She currently works for a state division.

Alan retired from Fort Lee in May, admitting that he questioned whether he should pursue dentistry full time thereafter.

“I actually thought about getting a State Farm Insurance agency,” he joked.

Eventually, Alan chose dentistry, scoping out the Richmond area because of its proximity to his home in New Kent County and the growth occurring in the city.

D’Zign-A-Smile will be a family practice, with Alan overseeing the practice full time and Kathy coming over part time to help oversee the office operations.

“Wherever he needs me, that’s where I will be,” Kathy said. “The goal is to transition into the business full time as things progress.”

“We definitely want to do additional locations,” he said. “But first, we want to get this location going to test the market for other places … and we think we’re in the perfect location to do that.”

Best of Luck to the Walkers! – A much needed addition to the area.