A large mixed-use development planned along the fringes of both the City of Richmond and Eastern Henrico has gained its first round of approvals from local governments.

Named for one of Richmond’s largest rail yards, Fulton Yard is planned for a mix of 535 apartments, and 106,000 square feet of retail and office space, at the Richmond and Henrico County line, on 20 acres of CSX-owned land near Rocketts Landing. 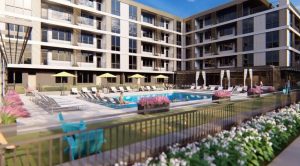 More than 500 apartments and up to 100,000 square feet of retail and commercial space are planned. (Photos courtesy 3North)

Zimmer is seeking a combination of residential and commercial zoning designations for the three parcels that make up the site along Old Osborne Turnpike (Route 5), Orleans Street and Nicholson Street from railroad giant CSX.

The developer is looking to rezone about 3 acres of a 5-acre tract at 201 Orleans St. to B-5 Central Business District. A 1.4-acre site at 25 Nicholson St. near Stone Brewing Co.’s manufacturing and distribution facility is being targeted for B-7 zoning, which allows for a mix of commercial and residential uses in the city.

About 14 acres along Route 5 would get an urban mixed-use designation from the county that would allow for a mix of residential and commercial development. Another would involve rezoning roughly 2 acres of the Orleans Street site that falls in Henrico to R-6, which allows for multifamily development.

The Richmond City Council is set to vote on the rezoning during its Sept. 9 meeting, said Ann Neil Cosby, an attorney with Richmond-based McGuireWoods, representing Zimmer through its rezoning process.

The Henrico County Board of Supervisors is set to vote on Zimmer’s rezoning request at its Sept. 10 meeting, Cosby said.

Upon completion, it will be Zimmer’s largest development in Virginia, and include several amenities that include electric car charging stations, new lighting and sidewalks and connectivity to the Virginia Capital Trail.

Zimmer remains under contract to purchase the land. Construction on the project could launch in the first half of 2020. 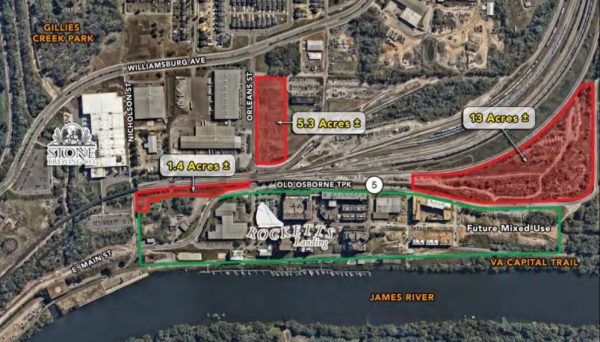 Looks great, wonder what the conceptual plan is for the 1.5 acres and the more significant 13 Acres sight? The video only shows the 5.3 Acres site on Orleans St. concept.