Eileen Geller has joined O’Hagan Meyer as an associate. She focuses her practice on medical malpractice and healthcare litigation. She has degrees from Syracuse University and the University of Richmond.

Robert Saffelle has joined Vandeventer Black as of counsel. He focuses his practice on employee compensation and benefits, including pension and profit-sharing plans, welfare benefit plans, fiduciary law, and IRAs.

Eric Link has joined the global economic development, commerce and government relations group of Hunton Andrews Kurth as director of government affairs. He had been with Virginia Department of General Services and has degrees from the University of Richmond.

Ann Kelly was promoted to chief financial officer for HHHunt. She had been senior vice president of finance and risk management.

Veni Davidkova is a Realtor with Exit First Realty.

Krystal Mansfield and Gardner King have joined the brokerage team at Dominion Commercial.

Graham Moomaw has joined the Virginia Mercury. He will cover the statehouse beat and had been with the Richmond Times Dispatch.

Joining the board for the Virginia Early Childhood Foundation:

Todd Norris is with Ballad Health.

Jesse Smith is the deputy county administrator for community development for Chesterfield County, effective Oct. 1. He is currently the county’s transportation director.

Danielle Soriano Brown is a project engineer with the traffic analysis and planning team. She is a graduate of the University of Florida.

Jonathan Snow is a project engineer in the structure and bridge design team. He is a graduate of the University of Illinois at Urbana-Champaign. 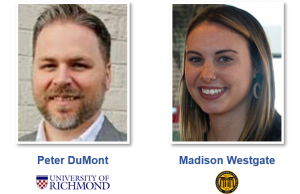 Peter DuMont was promoted to vice president of public relations at the Alliance Group.

At the VCU Brandcenter:

Ashley Sommardahl has been promoted to senior director of academics and student affairs.

Daniel Jones is a copywriter. He is a graduate of Virginia Commonwealth University.

Hank Coleman has joined Bank of America Merrill Lynch as senior vice president and senior relationship manager in business banking. He had been with First Tennessee/Capital Bank.

Matt Oldhouser is a senior analyst. He had been with Grant Thornton.

Duncan Rogers is an analyst.

Tom Baker is vice president, trust representative. He had been with BB&T. 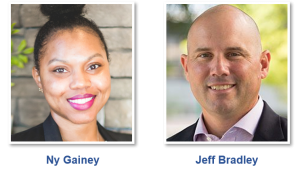 Jeff Bradley, Frank Duarte and Heather Henderson have joined Keystone Waterproofing & Restoration. Bradley is a principal. Duarte is a managing member. Henderson is office manager. They were all with Valcourt Building Services. 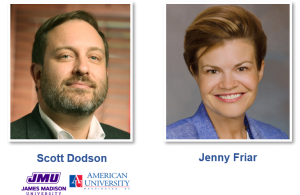 Scott Dodson is executive director of the Library of Virginia Foundation. He had been with the Richmond Symphony Orchestra.

Jennifer Feigert is general manager for Virginia / West Virginia for Lyft. She had been with Pure Barre.