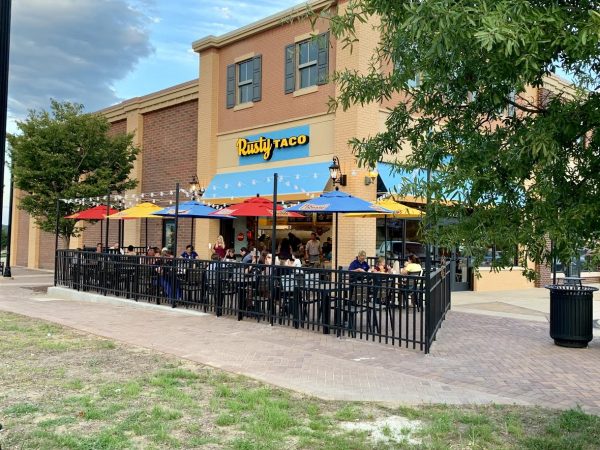 A new-to-market taco shop is stuffing itself into the restaurant lineup of a Chesterfield shopping center.

It’s the Texas-based chain’s first location on the East Coast.

The local franchise is owned by RVA Taco LLC, which is managed by business partners Kevin Donham and Chris Carabell. The pair also operates nine Buffalo Wild Wings locations in Central Virginia through their Belle Holdings Inc., including at Westchester Commons and in Shockoe Bottom.

Rusty Taco’s Chesterfield location is one of several planned for metro Richmond, Donham said, with plans for two additional locations in 2020.

“We’re already actively looking at locations,” Donham said, without being specific about where they’re headed next. “Right now, our focus is on making sure that we provide the best possible customer service and perfect our operations at this location first.”

Rusty Taco first opened in Dallas around 2010, according to its website. The chain has grown to nearly 40 locations in 10 states, including Nebraska, Texas, Ohio and Michigan.

The Chesterfield location is 2,400 square feet and employs about 35 people, Donham said. It seats about 145 people. 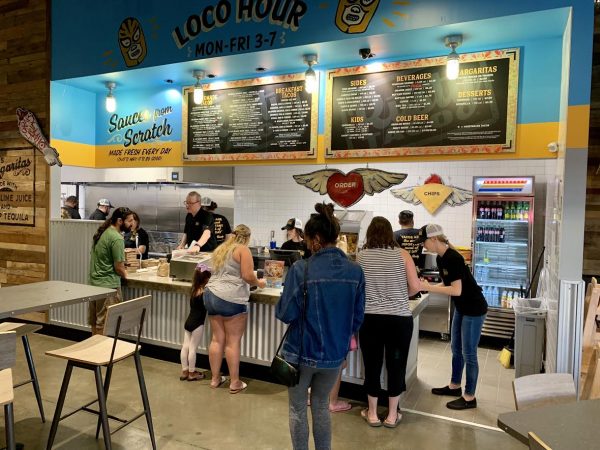 Rusty Taco’s menu is built around more than a dozen a la carte tacos that include its roasted pork taco that’s rubbed with coarse pepper, sea salt and garlic, then roasted and served with cotija cheese and pickled red onions. There’s also its fried chicken taco, which is served with crispy chicken, jalapeño ranch, slaw and cilantro.

Other options include tacos made with brisket, fish, beef and chicken. The menu also includes a variety of vegetarian options such as its black bean taco, which is served with chipotle black beans, pico de gallo, cotija cheese, cilantro and toasted pumpkin seeds. 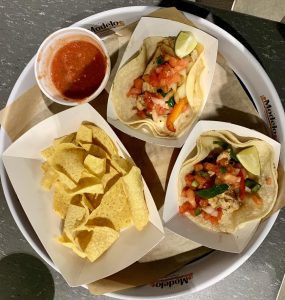 Chicken fajita tacos served with a side of chips and salsa.

Breakfast tacos are served all day, including its potato, cheese and egg taco, and its jalapeno sausage, egg and cheese taco.

Tacos are served on either a corn or flour tortilla. Prices range from $2 to $3.50 each.

The bar has eight beers on tap and serves margaritas frozen or on the rocks.

Patrons can order tacos online or through the Rusty Taco app, Donham said. The restaurant also is working with third-party delivery services Doordash and UberEats, which should be available in the coming weeks.

In addition to Buffalo Wild Wings, Rusty Taco joins several new and established restaurants in Westchester Commons, including Your Pie, Sedona Tap House and Panera Bread, the latter of which is building a drive-thru location near the main entrance of the development.

In adding a second restaurant brand to their portfolio, Donham said they thought Rusty Taco would fit into the Richmond region.

“We wanted to make an educated choice based on the demographics of this area, and we felt that the Rusty Taco brand was ideal,” Donham said. “So far, it’s been received very well by the public, and we think that will continue as we grow the brand in the Richmond area.”

Good luck to them!!!! Good addition to WC.