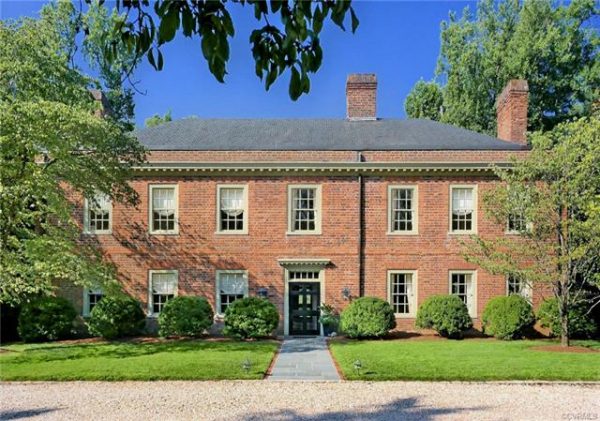 A pair of seven-figure listings at the higher end of Richmond’s residential real estate market were put up for sale last week within 48 hours of each other.

In the city’s West End, the 7,100-square-foot Georgian Revival house at 5111 Cary Street Road hit the market Friday with an asking price of $3.15 million.

Joyner Fine Properties’ Ceci Amrhein-Gallasch and Bill Gallasch have the listing. The wife-and-husband team are representing owners David and Jeannette McKittrick, who purchased the house in 2003 for $1.3 million, city property records show.

David, a former executive at companies such as James River Corp. and Gateway 2000, is a managing director with Fahrenheit Advisors. Jeanette, a painter, co-founded Richmond nonprofit Capital Trees and is vice president on the board for the Virginia Institute of Marine Science Foundation. 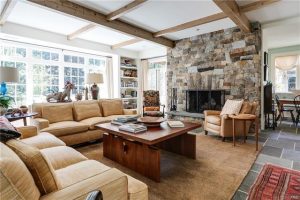 Since their purchase, the couple has made extensive renovations to the house, which was built in 1934 and designed by noted architect Duncan Lee. Jay Hugo with Richmond architecture firm 3north designed the renovations, which included an addition with a new den and kitchen.

With the improvements, the nearly 1.5-acre property most recently was valued at $2.35 million in a city assessment.

While the structural renovations had been planned when they purchased the house in 2013, Jeannette said the terraces and pool in the backyard were a result of Hurricane Isabel, which rocked Richmond the same year. 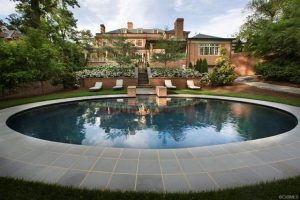 “When we bought the property, we had no intention at all of doing all that terracing in the back and the pool,” Jeannette said. “This house is a direct result of Hurricane Isabel. It took out 14 very old, very tall tulip poplars in the back that came up very close to the house. This lot drops very steeply back, so when those trees came out, we were left with this gulch.”

After hauling the trees out, she said they brought in 75 truckloads of earth to create the terraces, while also paying attention to a side yard and garden originally designed by Charles Gillette.

“We tried so hard to do everything in keeping with Duncan Lee’s original vision for the house, and then we tried to design our gardens in keeping with his (Gillette’s) style,” she said. “We had to equal or better the 1930s craftsmanship in this house, and I think we did it.”

The McKittricks are selling the house as they move to Goochland County, where Jeannette said they’re settling in the Shooters Hill area. She said their new house will afford another chance to create a garden and comes with a larger studio for her painting.

“I hate giving this house up, but I’m looking forward to having a real studio,” she said.

Showings for the house are set to start Thursday, and Amrhein-Gallasch said she and Gallasch have received calls from nine agents with interested clients, including at least one out-of-towner. Jeannette said she and David came to list the house with the couple due to a note that Amrhein-Gallasch wrote offering to represent them when they were ready to sell.

“She was just so prompt and quick and knowledgeable,” Jeannette said. “His background as an appraiser and her background in sales, they’re just a fantastic team.” 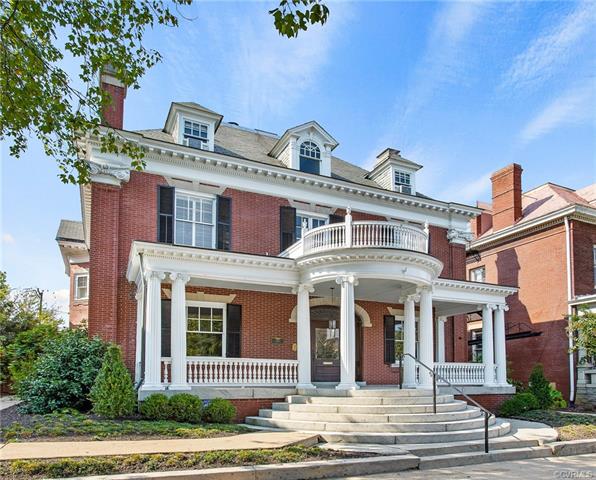 About two miles east, near the Robert E. Lee Monument, a nearly 7,800-square-foot Colonial Revival at 1825 Monument Ave. was listed Thursday at $2.15 million.

Coach House Realty’s Tiffany Stevens has the listing, representing sellers Mark and Elizabeth Altman, who purchased the house in January for $1.6 million before putting it in an LLC in April. 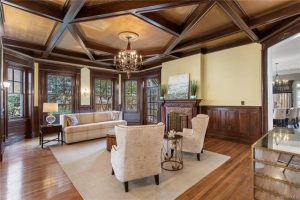 The family room has a coffered ceiling.

Stevens said the Altmans, who reside in New York City, had purchased the house to be closer to Elizabeth’s family in the Fan.

“Due to some changes with their business in New York, they were not going to be spending as much time in Richmond as they would be in New York, so that’s why they are selling,” Stevens said.

Built in 1907 and designed by Marion Dimmock, the seven-bedroom, seven-bathroom house includes a portico, a family room with coffered ceiling, 11 fireplaces, updated kitchen, a master bedroom with renovated bath and walk-in closet, and a second kitchen on the third floor. 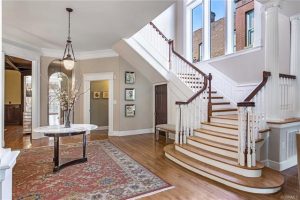 The house has three stories.

Stevens said she’s received interest from a variety of prospective buyers and is using social media to help market the listing. She said she’s focusing her efforts in Richmond, Washington, D.C. and New York.

Stevens just sold another house across the street that she initially listed last year in the $2 million range. Relisted this summer at $1.9 million, the nearly 6,000-square-foot house at 1812 Monument Ave. sold Friday for $1.8 million.

So….we’re saying that a house on Monument appreciated 34% in 9 months? I know that the market is hot right now, but…

I guess we’ll find out.