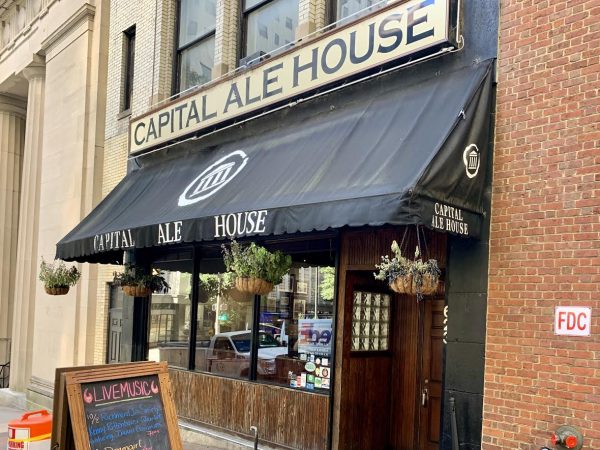 Capital Ale House, which opened its first restaurant on East Main Street in downtown Richmond 17 years ago, is opening another location in Fairfax. (J. Elias O’Neal)

The locally based regional bar and restaurant chain is opening its first location in Northern Virginia, taking space near George Mason University in Fairfax.

Matt Simmons, president of Ale House Holdings, the management and ownership group behind the Capital Ale House and Fest brands, said the restaurant is set to take over about 8,000 square feet in the Barbour House, a two-story, 20th-century structure that was moved in the 1960s to 4069 Chain Bridge Road in Fairfax. The Washington Business Journal first reported the expansion plans.

This would be the group’s sixth restaurant since launching the company in 2002, adding to its flagship Capital Ale House location downtown at 623 E. Main St. that doubles as its Richmond Music Hall venue, along with outposts in Innsbrook, Midlothian, Fredericksburg and Harrisonburg.

The group also operates Fest, a smaller concept known for its beer garden that opened in 2017 at 7044 Woodlake Commons Loop in Chesterfield.

Simmons said he and business partners Michael and Linda Jones initially were not interested in expanding Capital Ale House into Northern Virginia. They hadn’t opened a new location for the brand since launching its Harrisonburg joint in 2011.

But that changed after the group was approached by the owner of the Barbour House and given a tour of the property.

“It was a historic property in downtown Fairfax,” Simmons said. “You couldn’t beat the location given its proximity to the government center and being less than a mile away from George Mason University … It was a good fit for us.”

The Barbour House was built for the late John Barbour, an area attorney and heir to a Virginia political dynasty. The space Capital Ale is taking over was previously home to Hard Times Cafe and Cue. 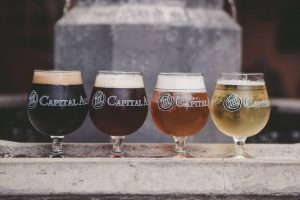 The Fairfax location will also have 100 beers on tap. (Capital Ale House)

Simmons said the food and drink offerings at the Fairfax location would mirror its existing Capital Ale House locations, including 100 beers on tap, along with cans and bottles.

While he has 8,000 square feet to work with, Simmons said the Fairfax location would not include a music hall like the downtown Richmond facility, but it will host small musical acts on weekends.

Capital Ale House Fairfax is targeting a first-quarter 2020 opening, Simmons said, with plans to hire about 60 to 75 full- and part-time workers.

The company is selecting a general contractor to build out the space. Simmons would not disclose how much the company plans to invest to overhaul the space.

With the new restaurant in the works and five others to maintain, Simmons emphasized the group is much more concerned about quality over quantity when it comes to rolling into new growth territories.

“We’re very selective about where we end up,” Simmons said. “By all accounts, this wasn’t supposed to happen, but the site was just too good of an opportunity to pass up.”

Matt Simmons flies under the radar but is one of Central Virginia’s shrewdest restaurateurs.