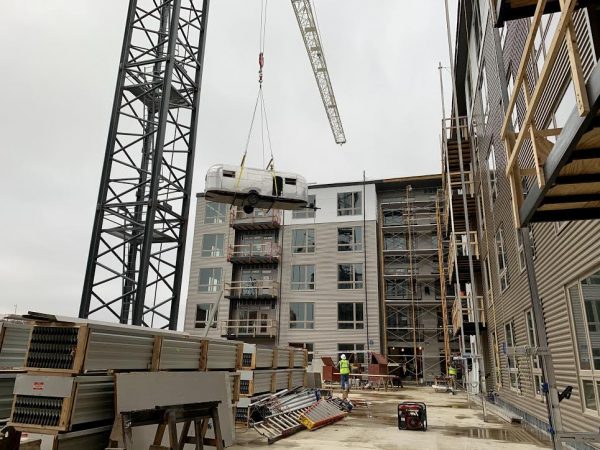 The ceremonial crane hoisting of a vintage Airstream trailer marked a milestone this week in construction of one of the new additions to the Shockoe Bottom apartment market.

The $40 million project is being financed by the Virginia Housing Development Authority, and once completed, will house 216 apartments and about 7,500 square feet of commercial space fronting East Main Street, Macfarlane said.

The complex will feature a swimming pool, indoor bicycle storage, a rooftop terrace and lounge with city skyline views. Its amenity package also will include a 1949 Airstream Trailer that was lifted into place Monday morning onto Main2525’s pool terrace, where Richmond-based KSM Manufacturing will convert it into a pool house/club room.

“We found it on eBay and we had it shipped here from Dallas (Texas),” Macfarlane said. “Once rehabbed, we think it’s going to be a unique amenity for Main2525.”

A 240-space parking deck will be located below the street level and under the building, McDonald said, adding the development will put several residents within walking distance of several restaurants, a grocery store and the Virginia Capital Trail. 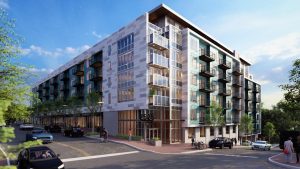 Once completed, Main2525 will include 216 apartments and about 7,500 square feet of ground floor commercial space. (Walter Parks)

Main2525 is about 70 percent complete, Macfarlane said, with crews expected to finish construction on the development by April 2020.

Because of its financing agreement with VHDA, McDonald said about 20 percent of the 216 units will be designated as income-based, meaning qualified renters would need to make less than 80 percent of the area’s median income, which is around $63,000.

Purcell Construction is Main2525’s general contractor. Walter Parks Architects completed the design of the building and Timmons Group was its civil engineer.

Property Results, the development and management firm McDonald runs with business partner Mark Scordo, will handle maintenance and leasing of the building. 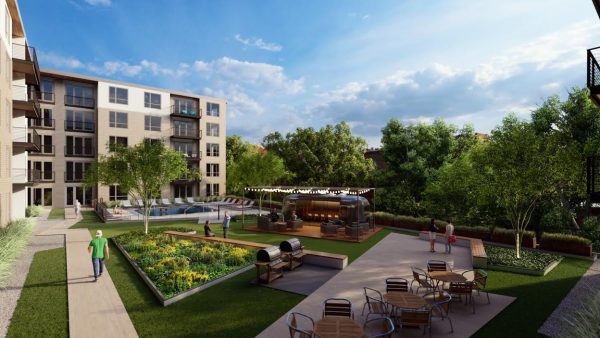 The Airstream Trailer will be rehabbed into a pool house/club room amenity for future residents of Main2525. (Walter Parks)

Good looking project. Very creative use of the Airstream trailer. This will be a great addition to the Bottom .